The Deafening Brutality of the Narcissistic Silent Treatment
Discarded by a Narcissist: The Other Woman
Do Narcissists Care If You Move On?
Exactly Why the Narcissist Comes Back After Months
Narcissists and Empaths: The Ego Dynamic
Will My Ex-Narcissist Treat His New Girlfriend Better? 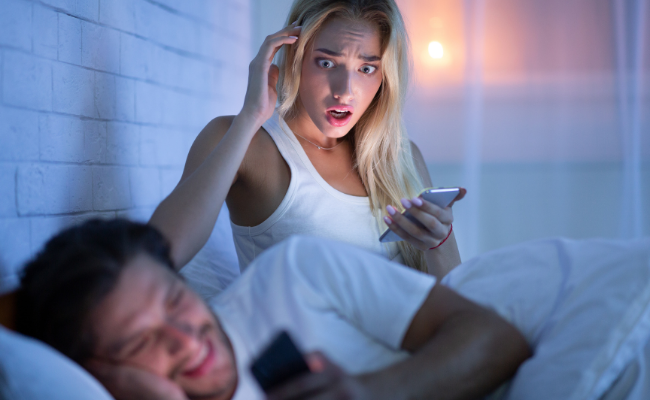 Monkey Branching: Why Narcissists Are Always in New Relationships

When you’re involved with a narcissist, you cycle through intense emotions regularly. Fear, insecurity, dread, sadness, shame, anticipation- these are just some of the familiar feelings you might encounter during the day.

Life often feels chaotic and nonsensical. One moment, they promise you the world, telling you they’d do anything to make you happy. The next, they act like you are complete garbage, and it’s as if you’re the worst person they’ve ever met.

Then, they oscillate between being entirely committed to the relationship and straying to a new partner.

Narcissists use manipulation tactics to get what they want, and monkey branching is one method they use to maintain their narcissistic supply. But what is this toxic phenomenon, and what signs do you need to know?

What Is Monkey Branching?

Think of how monkeys swing from branch to branch. They move swiftly and confidently, their feet never touching the ground, their eyes laser-focused on their next move. And yet, they’re calculated and efficient; they don’t release one branch until they’ve secured their hand around another one.

When it comes to humans, monkey branchers perpetually prepare themselves for the next best thing. They have their eyes peeled on a new person or relationship even when they appear to be committed to you. As a result, they swing from tree to tree, hopping onto whatever next thing looks exciting, and their moves are intentional and rehearsed.

A monkey brancher prepares themselves for an optimal exit strategy in case the relationship fails. They never completely surrender to their partner. Subsequently, they cannot fully settle or commit, and no matter how ‘in love’ they might claim to be, they still aim to keep their options open.

Of course, many monkey branchers are actively cheating on their partners. They freely swing from tree to tree, not caring about the consequences. Others just get close to infidelity, and their actions are highly disrespectful and manipulative.

Why Do Narcissists Monkey Branch?

At the core of it, narcissists monkey branch because they get the best of both worlds. They have a committed, dedicated partner (you) while still feeling free to explore their other options.

Narcissists are never happy with what they have- at least not for very long. They always want more, more, more. At first, this may seem paradoxical, especially if the relationship is new. In the beginning, the supply you offer them feels complete (that’s where the constant love bombing comes in). But time always reveals their true motives- the more attached you become to them, the more they start devaluing you.

At the same time, they usually pinpoint at least one person they can rebound with if the relationship fails. This provides them with a viable backup plan. This explains why many narcissists move onto new relationships so quickly- they already had someone else lined up.

Narcissists have inflated egos and an unrealistic sense of entitlement. If they want something, their mind automatically justifies why they deserve to have it.

However, the inflated ego is as fragile as it is large- the moment the narcissist doesn’t get what they want, they overreact. This is known as ego threat, and it’s one reason they struggle with emotional regulation.

They rationalize monkey branching behavior in response to an ego threat. They often assume they deserve better in the relationship, and flirting with someone else can temporarily satisfy their insatiable need to feel important and unique.

Maintaining or Refueling the Narcissistic Supply

You already know that narcissists require ongoing validation and recognition to feel important in their lives. Because they cannot give themselves self-love, they rely on external sources to provide affection.

The narcissist refuels their supply in numerous ways: using people, accumulating material goods, achieving a desirable status, obsessing over their appearance, or engaging in compulsive behaviors. They may alternate between these methods frequently.

Many narcissists start monkey branching once they feel the relationship no longer serves their needs. This can happen at any point, but it’s relatively common after you start standing up for yourself or implement boundaries. It can also occur when you start experiencing some of your own successes- they can’t tolerate you being “better” than them, so they aim to find other ways to refuel their supply.

Narcissists hate losing. If they feel threatened in the relationship, it triggers their narcissistic rage.

As a result, they might start monkey branching to restore a sense of “winning the game.” With this strategy, they can feel more powerful and important.

They might also flirt or cheat to hurt you. If they believe you have wronged them (even if it’s completely untrue), the monkey branching “levels” their distorted playing field.

Unfortunately, they would instead harm you first than be caught off-guard.

How do you know if the narcissist is guilty of this dirty habit? Here are some of the key signs.

Do you feel a knot of dread every time you’re out with the narcissist because you know they’re going to say something inappropriate? Has a friend ever suggested that your partner made them feel uncomfortable?

If you confront them on this behavior, do they get extremely defensive and insist they’re just friends, or that the other person is flirting with them?

Chronic flirting means that your partner doesn’t respect your boundaries or the sanctity of your relationship. Unfortunately, if they know they can get away with it, they don’t have any incentive to stop.

They password-protect their phone. When you ask about it, they insist it’s just for safety. But if you ask to borrow their phone to make a call or look up something, they become skittish and uncomfortable.

They also might be spending much more time online- whether that’s scrolling through social media, sending emails, or interacting on message boards. If you casually ask what they’re doing, they might respond defensively or vaguely.

There is no reason a committed partner needs to have dating apps on their phone. Don’t fall for the line that they haven’t gotten around to “deleting it” or that they’re using it to “find friends.” 99% of the time, that is a bald-faced lie.

Many monkey branchers use these apps to ‘see what’s out there.’ Or, they might take it a step further and connect to interact with others.

Spending More Time Outside the Home

Suddenly, they’re going to the gym every morning before work. Or, they want another weekend out with the boys. They went out for a quick grocery errand, but it’s been three hours. What’s going on?

Spending more time outside the home could mean anything, but it can certainly represent a monkey branching red flag.

Accusing You of Cheating (Or Expressing Their Fear About It)

Narcissists love to deflect their behavior onto someone else, particularly when they know they’re doing something suspicious. Therefore, they will project their actions onto you.

They might try to reinforce how much they ‘need’ you with emotionally charged statements like, I don’t know what I’d ever do if you cheated on me. I’d be completely devastated.

Or, they might try to convince you that you’re doing something wrong. I know you’re just trying to be friendly, but any guy is going to assume you’re flirting with him if you keep acting that way.

Make no mistake- these lofty admissions aren’t about proclaiming their love. It’s a form of emotional abuse designed to keep you feeling controlled.

If your partner has dozens of ex-partners, this is probably a red flag. Healthy dating requires time in between relationships. This time allows people to process and heal from the breakup properly. It also allows them to work on themselves and reflect on what they want in their next relationship.

If your partner hopped around from relationship to relationship, it’s a telltale sign they’re a serial monkey brancher. The moment things started looking bad, they were already emotionally or physically out the door.

What Should You Do If Your Partner Is Monkey Branching?

It’s painful to feel like you aren’t a significant priority in your partner’s life. First, it’s important to remember that their behavior isn’t a reflection of you or your character. Furthermore, this is not your fault, even if the narcissist tries to pin the blame onto you.

Monkey branching is self-centered and harmful. It’s a selfish way for narcissists to meet their needs, and many people get hurt in the eventual crossfire.

It isn’t worth bombarding them with questions. Even if you want a meaningful explanation, a narcissist can’t give you one. They will either deny or downplay the behavior. Or, they will turn it onto you by accusing you of being controlling, paranoid, or insecure.

Why are you still in the relationship? If you feel trapped, it’s time to look inwards and consider your options. What next step can you take to maintain your self-worth and honor your well-being?

The only way to get someone to stop monkey branching is to stop tolerating it. In other words, you will need to get out of the relationship. Of course, this can be easier said than done, but choosing to rid yourself of the drama allows you to focus on finding your own happiness.

I cover the applications and theories in all of these areas in my narcissistic abuse recovery program.

You can find out more details here.

This nurturing program includes a wonderful private community that assists and supports all people detaching and healing from narcissistic abuse, no matter who the narcissist is (such as family member, spouse, partner, friend, etc.) and regardless of the circumstances involved.

Here’s Why Relationships Are So Hard for Women Right Now

Three Reasons You Are Attracted To Narcissists

What You Learn From Advice Columns

Going through this now after 20 years of in and out, all my fault, not quite good enough for him, he had someone on the line before he left- just friends- less than 4 months later they are with each other’s families vacationing .He pulls me in and pushes me back, I love him, always have. But know he never will be able to give himself fully and it will always be him first. Yet I just want the Us I know happened at times back.

How can I stop crying and wanting this mean horrible disrespectful man.

Oh my god yes . I’ve been addicted you’re right.
I don’t want to be addicted to him hes been giving me the silent treatment for reason again.
And he’s being irritated like everything is wrong can’t talk to him just so disrespectful with me. I feel it in my gut . He has a new Supply. After 7 years waiting
For the wonderful good in him. That i love in him. But never stays
Every thing is negative. Just keeping me sad most of the time.