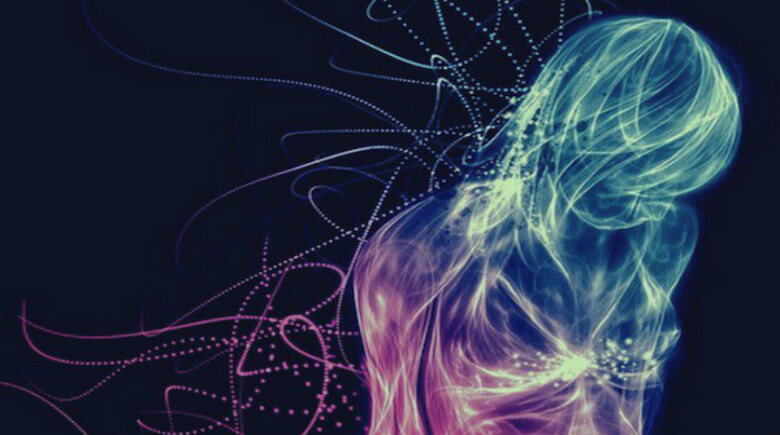 Have You Been a Victim of Emotional Vampirism?

Some of the greatest teachers and healers in history have famously been murdered–presumably by “negative” people. Jesus and Socrates both come to mind.

Presumably, these great teachers and healers did not heal these negative people, despite being close enough to them to be killed by them.

These negative people who would murder a great teacher or healer were, presumably, hurt people.  After all, as they say, “Hurt people hurt people.”

Presumably, “hurting people” would include murdering great teachers or healers–instead of being healed by them.

Hurting people does indeed cause negativity.  Nevertheless, those hurt (“negative”) people still have free will. For this reason, not only is it impossible to make a negative person positive, i.e. to heal a hurt person, but it would be wrong to do so unless you had that person’s consent.

This is practically the definition of a Narcissist: someone who takes positive energy from another person in order NOT to heal themselves.

This energetic (emotional) transfer depletes the other person’s positive energy, “spreading” the negativity to himself or herself. The negative person now expends the newly-acquired positive energy like fuel, while the positive person must restore it somehow.

This is emotional vampirism at work.

This is how a negative person’s own pure positive energy can come forth from the core–in place of the negativity that now has been released like a champagne bottle’s cork.

Other people can help facilitate this inner process, if (and only if) the negative person is willing, but anyone who stays too close to a lot of negativity, for too long, is at risk of “acquiring” negativity in the process. This is why teachers and healers must replenish their own positive energy in various ways if they are to remain positive themselves.

Many people have sacrificed themselves trying to heal other people’s negativity, literally for nothing–except a lesson on this subject, if they’re lucky. Then they learn that they can only heal themselves.

And then, guess what?

Ven Baxter lives in Florida, where he works as a canoe outfitter, teaches, writes, and enjoys being father to his three children.  You can find this article on his blog, Ven Baxter – Go deep into the nooks and crannies of life and the human experience…

WOW,knowing what I’m still learning about,this affliction.and applying it to my own situation.with my ex,30 years later really is enlightening.no more self abuse towards myself.thank you

How to Get Rid of a Narcissist for Good - 6 Effective Ways - Kim Saeed: Narcissistic Abuse Recovery Program says January 7, 2020

[…] This step is critical because it’s easy to mistake the narcissist’s attempts to contact you as meaning they miss you when in reality, they only want your energy.  This energy may be positive or negative, it doesn’t matter.  To the narcissist, they’re equally fulfilling.  In fact, they often enjoy negative energy more.  This is what is meant by emotional vampirism.   […]

I was trying to explain to someone who is with a narcissist she says and certainly sounds like an abusive relationship what is going on although it was a rather triggering experience to hear what had been done to her if I’m honest. However, I did say you’re trying to persuade someone with an untreatable personality disorder to not be like that. I think the main problem is that narcissism doesn’t present as a serious personality disorder at first although there were alot of signs in hindsight of course.

[…] people describe narcissists as black holes, who take people’s energy and give nothing in return.  Then, they simply move to the next source with no idea of the value […]

[…] 2. You find yourself explaining logical reasoning to them. You might say, “No, this isn’t true. If this isn’t true, then that can’t be true, either!” They accuse you of wrongdoing, based on how they feel or because of some unrelated event. They ask questions out of the blue about your whereabouts or activities, which seem to have no bearing on your actual life. Then they might condemn your truthful explanation as suspicious. In an argument, they form illogical or emotion-based conclusions that end the conversation—defying rational debate, leaving you frustrated and speechless. […]

Emotional vampirism is true. I call it demonic transfer. The demon narc transfer their evil energy which leaves fleas to the victim while sucking the victim’s positive traits. So everyone believes you are the crazy one who is full of anger and bitterness and they are the spiritual, strong, believer who is being wrongfully accused of being a narc demon. I relayed this to my best friend only. She was dumbfounded. I cannot relay this to everyone. They will not understand it. Most people think I should be able to get over this like right now not knowing what they are talking about. They know nothing of narc abuse and how it affects. I am just glad I have started to heal and recover but those fleas are still hovering around my head. One day they will be gone too. I look forward to that day. I am doing and saying things that I never would. I believe it is because of the abuse that took place. Well, I have a choice and I choose freedom and wisdom. I choose boundaries. I choose to learn from my mistakes. I choose to heal and not seek another relationship now. I choose LIFE not death!

Dear Shirley, I completely relate to you. May we all heal from this evil abuse. Sending you much love, Elizabeth

Makes so much sense to me…

This is also true. There is another really sad thing going on. My husband, who was actually diagnosed with severe narcissism by our counselor, started going to online sites and claiming that I was the narcissist and emotional vampire. He even had his daughter write a really nasty text me accusing me of all kinds of things that just were not true. I now understand it was all just part of the smear campaign. They really are very predictable and all have the same pattern of behavior. It’s been almost a year and I’m starting to deal with the complex PTSD. It’s a long hard road in so many ways. I’m so grateful for this website for giving information and support.

Awww, thank you, mskathy. I’m so happy to know you are receiving help and validation on my site 🙂 I wish you all the very best as you continue to heal.

yes was involved with an emotional vampire. literally drank all my blood , had to get a whole transfusion(therapy !!!) I have a question. How is the relationship between couples who r both narc? I have firsthand seen a couple who r both narcs, do they feed off each other, r they co dependent of each other to stroke each others egos? r they happy? i wonder what happens behind close doors of this couple?

That’s a great question. Here’s a link to a great article that deals with the answer.

I hope you do the same, Sherry!

Hi, Sherry. Thank you for sharing part of your story here. I apologize for not seeing your comment until now.

I am the author of this article, but Kim re-blogged it here and (still being a newbie at the networking part of this) I don’t know how to follow comments on re-blogged posts.

At any rate, I see your insights in your words here, and I invite you to read directly on my blog. I’ll post a link here to my latest article, which I believe will also resonate with you.

Very good ..We must have recovery paths the same as other victims just like how the stories are all the same. Truly Unbelievable to someone that it had not happened to,and yet it is happening .Awake Now

I have gone through this recently. I have become strong enough to be able to notice when my narc starts doing his lil skits as I call them like gas lighting and playing the victim, but then he called a month ago wanting me to counsel him to not be a narcissist; I had already done my research and told him there is no cure but that I would help when ever he wanted a counsel and well still waiting for that counsel that I now know will never happen. He called me today telling me the drama he had with his kids mom as if we are friends and I can say that I told him I didn’t have time to hear him play victim and to go get some licensed help. Reading the email you sent has given me a lil satisfaction since it shows that I did everything right. I still have a tough time sleeping at night though so if you have any suggestions I would love to hear it.

You can look this up and find info on it, but it basically means that you become emotionally unresponsive to the Narcissist, even if he crossed a boundary (like you described).

Instead of giving him a piece of your mind (i.e. “supply”), just listen briefly and politely while saying, “Mm-hm. Uh-huh. That’s too bad. I understand. Hey, I gotta go. Thanks. Bye.”

The Narcissist feeds on your emotional energy, whether positive or negative. So cut it off.

Yes. I agree completely. I also had to get rid of my “fleas” after I left the narcissist.