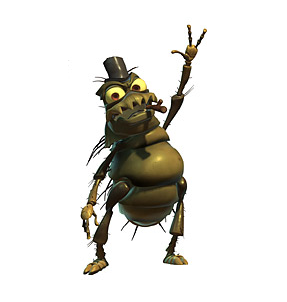 The Shocking Truth: Narcissists Can Give You Fleas

A common concern among victims and survivors of Narcissistic abuse is, “I’ve been with the Narcissist so long, I’m afraid I’ve become one myself.”

First, if you feel any inkling of guilt or remorse about your behaviors, you are not a Narcissist. Narcissists are not capable of self-reflection.  It is likely, however, that you’ve been bitten by their fleas.

When I left my Ex-N, I had a mild case of fleas myself.  Not in the sense that I could infect someone else, but that I knew him so well, I felt like I was inside of his mind.  Every step he made, I was three steps ahead of him.  I planned most of my activities around his possible reactions.  I learned to deal with him using his own modus operandi.

Although nothing he did ever surprised me, I was still caught off-guard from time-to-time.  In the end, I felt soiled and violated for behaving and thinking the way he did, so I stopped.

Narcissists can give you fleas? Where does that term come from, anyway?

Fleas comes from the adage “He that lieth down with dogs shall rise up with fleas”, which has been attributed to Benjamin Franklin.  According to Wikipedia, the quote has an almost universally agreed meaning of “You should be cautious of the company you keep. Associating with those of low reputation may not only lower your own but also lead you astray by the faulty assumptions, premises and data of the unscrupulous.”

The phrase’s true origin comes from 1 Corinthians 15:33, “Be not deceived: evil communications corrupt good behavior.  BE CAREFUL OF THE COMPANY YOU KEEP! Do not set foot on the path of the wicked or walk in the way of evil men. Avoid it!”

By the pricking of my thumbs, something wicked this way comes

When infected with fleas, a victim of Narcissistic abuse may adapt behaviors of their abuser as a defense mechanism or as a way to give them a taste of their own medicine.  However, it was my experience that acting like a Narcissist with the Narcissist didn’t have the same effect on my Ex that it had on me.  He was completely unaffected because the truth was, he was getting supply in the form of negative attention.

In a Narcissist’s mind, negative attention is better than no attention. In fact, they often find it more enjoyable, because if they can get you all worked up, it means you have deep emotions invested in them and the relationship.

As for me, acting in that way usually led to regret, shame and a need to apologize to my abuser.  Of course, he seized upon these incidents as justification for his own abusive behavior and/or as a way to take the spotlight off of himself and shine it on me.

The truth is, when we have caught fleas from our Narcissist, whether a lover, parent, or spouse, we are actually performing maladaptive coping strategies.  Psychlinks.ca has an excellent post referencing seven maladaptive coping behaviors.  The post is an excerpt from a chapter of Mind and Emotions: A Universal Treatment for Emotional Disorders (New Harbinger Self-Help Workbook).

While I applaud anyone who wants to overcome their own maladaptive behaviors, it’s important to remember that changing yourself will NOT change the Narcissist, nor have a positive effect on the relationship.

Additionally, when you’ve gotten to the point where you are engaging in these unhealthy behaviors, it’s likely you have developed an anxiety disorder.  While these maladaptive coping strategies are highly effective in reducing symptoms in the short-term, they result in increased dysfunction by maintaining and strengthening the Narcissist’s own behaviors.

In closing, if you are concerned about the way you’ve acted, it’s likely you just have fleas.  However, you’d be wise to analyze the situation, give yourself a good flea bath, and plan an exit strategy.

Grab your complimentary ‘Empower Yourself’ Starter Kit below and start getting rid of your “fleas” today!

Subscribe to get our latest content by email and receive your free 10-point checklist to begin rebuilding your inner identity after narcissistic abuse. Plus, learn 16 empowering beliefs you can use today + receive a soul-calming personal reflection affirmation.

Sweet! Now check your email to confirm your subscription and start healing your inner identity!

Are You Using Empathic Projection With the Narcissist?

man i love your sight and your youtube channel your a god send anytime I think i want back my narc wife I come here and get reminded of the fucking crazy that woman put me through for 11 years we arent officially divorced yet but its being filed the best part though? She secured a new supply before the final discard BUT i was able to download 70,000 messages between them from day1 to nov 14 so i went ahead put on the cloud created a link and uploaded to fb with @everyone and @ all her family his family and coworkers WHOOPS right after that she took an emergency leave from work for 30 DAYS LOL sadly i have two kids with this witch but ive got enough evidence to show the guardian ad litem that she puts the psychological well being of our kids at risk what do you think is going to happen when her main punching bag and scapegoat AKA ME is gone? I have caught her multiple times yelling at the boys because they didnt get up to turn up the tv or wanted ice in her cup or some stupid shit best believe if i told her its not a big deal it was like FUCK YOU TO always side with those damn kids… yea thats the shit you go through with these selfish ass people god save us <3

It has official terms – narc’ abuse & being a narc’ limb. I recommend further reading in alice miller’s “the drama of the gifted child”

Have You Been a Victim of Emotional Vampirism? - Kim Saeed: Narcissistic Abuse Recovery Program says June 15, 2019

[…] also why survivors of Narcissistic abuse frequently end up with “fleas” to get rid of. These are negative qualities acquired from the Narcissist, through the transfer of […]

[…] For more about how Narcissists can give you FLEAS, read this article, “The Shocking Truth: Staying with a Narcissist can Give You Fleas” from Let Me Reach wi… […]

Reblogged this on A Narcissitic Tragedy.

Great post.I’ve noticed it’s not only spouses or parents, but friends as well. I’m not sure if the friend in question is a narcissist, I’m not one to label people, but her behaviors were just…..toxic. Her body language(haughty and domineering), the way she spoke and what she said to people, and her overall actions were just toxic as heck. I noticed over the course of a year all of our mutual friends started taking on her behaviors. Friends that I’ve known for years that all of a sudden start mocking other friends and being overly critical when they were not like that before. It saddens me when one person can influence a whole group of people unconsciously and spread negative behaviors and relating patterns. I hope my other friends realize what’s going on and get out.

Thanks for stopping by 🙂

Yes indeed, disordered types can very well be friends, co-workers, bosses, etc. Regarding your input, it further highlights their ability to create toxicity anywhere they go. I’m glad to know you were able to detect what was going on and not become a part of it. Whenever I encounter someone who starts mocking and criticizing people behind their backs, I stay away from them.

They love nothing more than to go in and disrupt any positive dynamic within a group and turn people against one another. Good observation (and good luck, sounds like she’s rather vile).

Now about the fleas and my ex and her dad. When we were married she begged me on her hands and knees (literally, not figuratively) not to let her become like him. She interrupted conversations, she dominated conversations, she talked really loud. Typical signs of the narc behavior. But she knew it was bad and she did not want to be that way. So at parties whenever she engaged in those behavior patterns I would give her a sign, like a pull on my ear, or maybe bump up against her to let her know what she was doing. At the time she was grateful for the warning because she really did not want to be that way.

I was the dad and husband looking in on my own family. The narc dad burst his way into my own marriage, took over and kicked me out.

Its really pathetic if you think about it. And the funny part is he thinks he can swoop in and own my daughter’s heart as easily as he purchased my ex’s heart. And make no mistake, he bought my ex’s heart with hard cash.

And so, for the next 20 years there is going to be a battle for my daughter’s heart between me and the ex’s dad. The battle was won when she was 5 and he does not even know it.

Similar thing happened to me, only it was my MIL and she managed to do it in 10 days because my husband has much stronger Narc behaviors/traits. I called her out on her BS and that was the beginning of the end…

As I exit my second shower of the day… I feel fleeced, diseased and feasted on by fleas… A smartarse comment for feeling like I’ll never be clean. Looking forward to your book Kim

Thanks for your comical remark and for the encouragement…you will feel better (and cleaner) at some point. You can get through this…people do it every day, and you will be one of them soon!

Thank you Kim. Just finding your blog, the definitions and resources has been invaluable to me.

OH KIm, you nailed it again. I have told you my story privately but this post explains it all. For me, in my family, we were taught not to raise our voices for a reason. And the reason was ” when you raise your voice the hearer doesn’t hear what you have to say, they just hear a lot of loud voices” In other words, if you have something to say, an idea to convey, say it calmly and quietly and then you will be understood. But a Narcissists is not interested in being understood, they just want you to back down and agree with or at least not challenge their point of view, no matter how ridiculous it is.

And so we respond to their yelling with our own for no other reason than to be heard. They don’t listen to reason so we resort to their method of communication which is intimidation.. And then we look back on how we acted and say to ourselves ” did I just say that, did I just do that?) Eventually we get to the point when we say to ourselves, no, we will no longer be that way and act like that, and they don’t like it. They want us to act like and be crazier than they are so they gain the upper hand.

Its all just very stupid on our part for putting up with it for so long.

Thanks to you for stopping by 😀