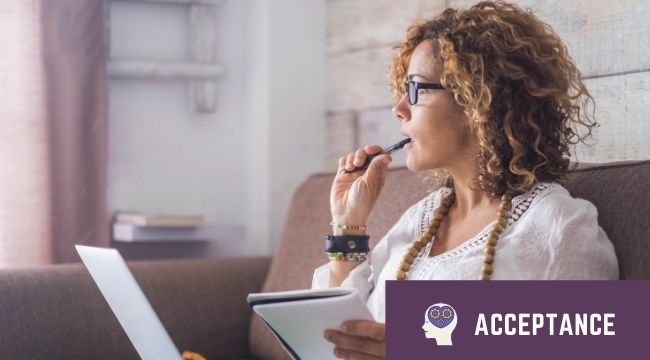 I am currently experiencing all of this (related to your article titled The Cycle of Narcissism: Why Do They Teeter Between Love and Hate)?  Reading the section on whole object relations really has made something click in my mind and makes so much more sense now.  I believe that the narcissist that I am with is unaware of what they are doing. But all these articles seem to insist that the narcissist must always be aware of it.

Is it truly not possible that she just doesn’t understand? It’s so hard for me to wrap my head around this concept; it’s just so unbelievable that this could all be intentional.

I genuinely feel that this is a person with NPD, but it is undiagnosed, and they do not understand what they are doing. Meaning that this bizarre and evil behavior is not of malice, but rather untreated mental illness.

As a behavioral therapist working on my Master’s in behavioral analysis, I feel as though this entire field is actually just a little behind. Surely, there is no way to completely write off all individuals with this disorder as “bad” people we should run from; they are still humans with a mental illness, just like anyone else that needs support or assistance in society due to disability.

Does anyone know of any discussion forums anywhere online where I might be able to speak with some others experiencing this sort of event?

I understand your concern for the person in your life who you believe has Narcissistic Personality Disorder. You mention that she is undiagnosed. It’s entirely possible that she could have another personality disorder either overlapping with or different from NPD.

One of the biggest mistakes I see is people focusing on NPD when several other Cluster-B personality disorders could explain a person’s dysfunctional behaviors.

So, it’s doubtful that she only has NPD.

This explains why the target of a disordered person’s abuse has such a difficult time pinning a definitive label on their abuser.

NPD is a personality disorder, not just a trait and not the same as a mental illness.

You can’t compare NPD to Autism, a condition regarding the processing and expression of emotions.  Autism is not a disorder of intelligence. A person can be highly intelligent and still have Autism.

I think where the field might be behind is that some folks still believe there is a way to help narcissists. This invariably comes from individuals who are involved with narcissists and don’t want to accept the reality of their situation.

Having an education in Psychology or Behavioral Analysis doesn’t prevent someone from engaging in the same denial as the rest of the population.  It doesn’t prevent them from maintaining toxic relationships.  I see this happen all the time.

Then, of course, we have the folks who have large social media followings who claim that they, themselves, are reformed narcissists.

I once had a public debate with one such person. I asked to see proof that they’d been diagnosed with NPD, as well as the proof that they had been reformed. They made public promises to provide this information, but it was nothing but crickets behind the scenes.

This person is selling high-ticket programs and services regarding the “cure” of trauma and NPD and supposedly has an endorsement from Oprah.

In reality, there was never a shred of proof, aside from their own words, that they are, in fact, a reformed narcissist.

Where the field is not behind is the current studies, which show NPD cannot be cured. There have actually already been tons of case studies, trials, brain scans, and assessments performed.

Narcissistic individuals cannot be rehabilitated because by the time a narcissist becomes an adult, their personality is a permanent part of who they are. Their brain structure is abnormal, and they lack empathy and remorse.

Folks are also overlooking the neuroscientific studies proving that NPD cannot be cured.

NPD is not something that can be “fixed,” just as psychopathy cannot be fixed. Both are part of the dark triad and are aptly named for a reason.

Narcissistic Personality Disorder is not a disability. A disability assumes that a person is prevented from something they WANT to do, but can’t because of a mental or physical impairment.

Narcissists do not want to be empathetic or remorseful to begin with.

Examples would be getting in your car to drive somewhere, being preoccupied, and missing an exit. Going into a room and forgetting why you went in there. Reading several paragraphs in a book and then having to go back and re-read them because you were thinking about something else.

Some of our behaviors are so ingrained that we operate on autopilot. This is the same for narcissists.

Their dysfunctional and abusive behaviors are so ingrained – such a deep part of who they are – that they don’t always have to be laser-focused when they are behaving dysfunctionally.

There are, of course, some professionals who insist narcissists can change, but no one is seeing this play out in the real world.

I’ve been in this field for ten years and not once has anyone ever expressed that they found a way to make things work with a narcissist that wasn’t utterly devastating to their own well-being and livelihood.

None of my many colleagues in the mental health field have seen or heard of changed or improved narcissists, either.

Everyone has the innate capacity to heal themselves. But, it’s likely you will need external support to heal the traumas that get in the way of your ability to tune into this gift.⠀

I cover the applications and theories in all of these areas in my narcissistic abuse recovery program, which has been voted the #1 online program by folks in the psychological community.

If you’re new here, one way to start your healing journey is by grabbing my free Beginner’s Healing Roadmap. This roadmap is packed with information and tools to begin your healing journey (I could actually charge for it, but I don’t). You get a 13-pg PDF of healing prompts, a 14-day email recovery series, and free seating in my popular masterclass, 7 Steps to Break the Narcissistic Spell.

I created this roadmap for people who sincerely want to begin healing so they can finally stop the crippling pain, heal, and live the lives they deserve. Grab yours below!

Trauma Dumping: When Venting to Family and Friends Turns Unhealthy