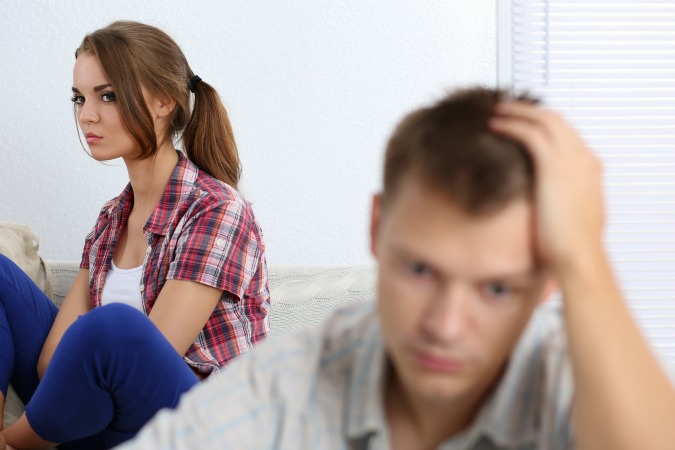 Do All Men Cheat?

Yesterday, I turned on the television and caught the tail-end of an episode of Dr. Phil on the OWN channel titled, “Race to the Altar”.  A guest on the show, Sharon, described how she was nearing fifty and desperate to get married and have a child.

Sharon was in a relationship with a man who had “some issues”, but she was adamant about the fact that she wasn’t really making a bad choice in her partner, but instead being a “realist”.  When asked if she might be making some poor decisions, her reply was:

“My fiancé drinks too much. He has some attachment disorder issues, and sometimes he isn’t that nice when he says certain things. Any man that you get is going to have some kind of problem, some kind of issue,” she continues. “My family has never met him. They don’t think they like him. It does hurt me that my family is not as supportive of my decision, but ultimately, it’s my choice. I don’t care what anybody has to say, Dr. Phil, anybody. Does Dr. Phil have a ticking biological clock? When he gets one, tell him to come and talk to me about it!”

Dr. Phil goes on to tell her, “Adult males with attachment disorder oftentimes have a borderline personality, or they have narcissism, or they have dependent personalities. They have sociopathic adjustments. These are people who have a real difficult time forming a bond and a relationship with somebody in a sustainable way.”

Not only was this man an alcoholic with “attachment disorder issues”, he had already cheated on Sharon.  When one of the other guests suggested that Sharon seemed to be settling, Sharon’s response was, ‘All men, or most men, cheat.  I’m just being a realist.”  She further went on to say to the ‘offending’ female guest that if she “could find one of the ten men in the US that doesn’t cheat”, then the two of them could talk.

She emphasized her statements by explaining, “It may not be a fairytale marriage…Prince Charming does not exist, but what exists is a man with issues and flaws”.  You know, the whole He’s Not All Bad fallacy.

Oh, the poor, wounded soul.  His Family of Origin issues have plagued him to the point that he just can’t say a kind word, nor keep his pants on.  What pity, what sorrow.

I felt a sting of indignation for all the faithful men out there — because not all men cheat.  Generally, only the narcissistic, sociopathic, emotionally unavailable ones do (btw, please don’t cleave onto the adverb ‘generally’ with desperate hope).

In spite of my annoyance, I was reminded how victims of narcissistic abuse have their expectations managed down to the point that they settle into toxic relationships because their partner has encouraged this faulty reasoning.

So basically, Sharon was holding out hope that the joint counseling sessions, along with her undying love and devotion, would eventually change her alcoholic, verbally abusive, and unfaithful fiancé.  That somehow, the next time he prepared to mount The Other Woman, the clouds would part and the mythical Greek Furies would descend upon him, anointing him with such guilt and remorse that he would abruptly begin bawling like a baby, scurry out the door (barely getting his pants zipped),  and race back to Sharon’s open arms.

I hear Sharon’s statement from clients very often, “All men cheat”.  And they’ve resigned themselves to living with unfaithful partners because there’s no point in fighting it, right?  Especially if they happen to be nearing middle-age and perhaps have developed a muffin-top and a few “smile lines”.  Yet, at the same time, they are very unhappy – distraught, really – because the partners they’d shared their lives with have betrayed their trust.

What’s a woman to do?

First of all, being pretty and having the body of an 18-yr old tennis player doesn’t guarantee your partner will be faithful.  Hollywood is full of shining examples of this sad irony.

We all have choices.  Sure, any of us might look at someone besides our partner (whom we are devoted to) and find them attractive –sexy, even.  But that doesn’t mean we should risk all just for a roll in the hay with them.  It’s called character.

As for loving a narcissistic cheater, we also have choices.  We can either 1) accept that they cheat and try to go on our not-so-merry way while turning a blind eye (or crying eye, to be more realistic), or 2) leave and make a go at finding someone who isn’t a cheater.

Is leaving easy?  No, but neither is forever getting shocked by affair ambushes and chronic trickery.  People develop PTSD from that garbage.  And I believe part of the emotional devastation comes from not only being betrayed by a cheating partner, but also because we betray ourselves when we stay in a relationship with them.

You deserve better.  You are a beautiful, decent human being with values and morals.  Own that sh*t.

Oh, and by the way…Prince Charming DOES exist.  You just have to get rid of all the toads along the way.

Relationship Red Flags You Need To Pay Attention To

A Practical, No-Nonsense Guide to Dealing With a Narcissist

I am living proof that Prince Charming DOES exist. I was with my Ex-N for just over 3 years. Classic Cerebral. I finally went No Contact and worked on loving myself again. No doubt, that was a difficult and very low time for me. But, I did come out the other side so much healthier and happier. And then, lo and behold, I met an incredibly wonderful man that is everything I could ever want and more. I have never been in such a loving and healthy relationship. At 48, I thought I needed to settle and that all the good ones were taken. Not so at ALL! I post this not to brag, but hoping that I might encourage someone to take care of themselves and go No Contact starting right now. It was the best thing I ever did. I might not have met my Prince Charming had I not!! <3

So helpful and true! I am enlightened to the term “attachment disorder.” Thank you!

This was very helpful.

I love your comment – “we betray ourselves when we stay in a relationship with them.” I find the hardest part is to stop me being mean to me. I’m getting better at being nice to me. When I do, that’s less control of my life I allow the N to have

I think I know how you feel, wotzina. I went through a horrible phase of self-loathing, but I’m glad to say I’ve since forgiven myself.

I’m happy to learn that you are treating yourself better and have more power over your life. Rock on! 🙂

This site is literally a lifeline, for me. You guys are the best and tell it like it is. Much love and strength to all.

NO CONTACT. once you realize what your truly involved with and begin implementing “versions of NO CONTACT”. Your still in the sickness. I did versions for a year till i finally really truly HAVE NO CONTACT. I swear to god. I was a new person in a week. My whole life haS changed. Because not only is the narc no contact. But i wont even entertain the thoughts. The what ifs in my mind. I just shut them down and say to my self NO CONTACT. getting to that space seems impossible. Its an addiction. Just get off the needle. I swear its better. You have the power to stop your pain. I promise when u STOP everything. EVERYTHING. Ur part too. You wont even think about it. The control is gone. ALONE IS SO MUCH BETTER THEN PAIN!!! Good luck. Love to all. DAY 44!! No contact! No drivebys. No checking his bank. No stalking other girls accounts. No random emails to him. NOTHING. I rec’d ONE text. On day 9. And I NEVER RESPONDED. HE WENT AWAY. Just goes to show you. U mean nothing to them. And they are on to the next source. GOOD RIDDENS. LOVE AND LIGHT. FIND UR PEACE

Yes, I saw a part of that episode of Dr. Phil! I agree with you about leaving is not easy, but I do know in time that we hurt a little less. As one stays with a narcissists, we feel the traumatic pain of their betrayal like PTSD. Thanks Kim!

…and thank you for stopping by! 🙂