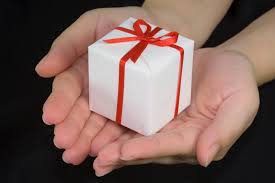 The Gift in the Silent Treatment

The first few times it happened, I was in total misery.  I wasted away in my abode, maintaining a white-knuckle grip on my phone should he decide to call.  I camped out in the apartment lest he chose to come back.

In fact, I made myself completely available, avoiding plans with friends and family…in the event he decided to forgive me for whatever imagined injury I had inflicted upon him.

After a while, I grew to enjoy the absences and silent treatments.  In fact, not being under his ominous presence gave me the opportunity for independent thought, as well as a taste of what life could be like without him.  No abuse, no raging at me in front of the kids, no more me collapsing on the floor in a slobbering, pathetic heap.

So, during subsequent stints of Silent Treatment, I used the time to visualize my escape.  Though it took a while to grow some kahunas, during one of his extended silences via absenteeism, I finally went out and put a deposit on a new apartment and moved out within two days.  When he came back, I was gone..like the wind.

I never went back and I didn’t let him in, in spite of his concentrated efforts to worm his way into my new place.  And oh, did he try.  He reminded me of the rat in the famous experiment where someone removes the cheese.  He was quite persistent.  But, I maintained my resolve like a soldier in the 10th brigade.

Moral of the story…if you find yourself a victim of the silent treatment with your abuser staying gone a couple of weeks at the time, smugly thinking to themselves that you’re weak and will be waiting for their arrival like a starved cat in a Meow Mix commercial…take advantage of the opportunity.  Seize the day.

Did you turn the tables while being “punished”?  Tell us about your success in the comment section.

The Unbearable Triteness of Being…engaged in conversation with a Narcissist

3 Ways to Get a Narcissist to Leave You Alone

Relationship Red Flags You Need To Pay Attention To

I was with her for more than 8 months and always knew something was. I can confirm that knowledge is power. Without this knowledge on Narcs, it would have been difficult for me to move out of this toxic relationship. I played the game together with her. Let her believe that i was deeply in love with her and as predicted she started to take the distance. The first silent treatment she did, i vanished and i was long gone. She wanted to resume contact after 2 weeks but was too late for her. I changed all my phone numbers and even changed job. I cant stop thanking God for this miracle escape. Im on my 2 months with No Contact. God Bless!!!

How to Leave a Narcissist | Let Me Reach with Kim Saeed says August 1, 2014

How to Leave a Narcissistic Husband or Wife | Let Me Reach with Kim Saeed says April 15, 2014

I want to tell u a story of mine. English is not my motherlanguage, that might explain if some senteces sound strange 😉
Greetz from germany

My Narc-Bestfriend and me decided to move together. I somehow had like a screaming bad feeling in the stomach but on the other side she told me everything i wanted to hear about what it will be like when we have our home together.
In fact excactly that made me more suspicious. That she constantly told me about being like a family. It fitted in this situation because i have no contact to my biological family. It is indeed one of my weak points but i got already experiences by beeing manipulated in this point so learned to doubt. Maybe people will come where talking about beeing like a family fits and i didnt understand yet but this time it made me alert. for the right.
After a holiday together everything was different. We had some little fights and differences. We never solved, she always changed topics or got agressive so i didnt go on, to not ruin the athmosphere and the rest of the trip.
After coming back i got the silent treatment. I was in trouble of finding a place because i already told my roommate i move out so she found someone for my room and we already fixed a date for the moveout. But there were no efforts from my friends side, she didnt care, she ignored personal emails, and when it was necessery she just replied in absolutely short form “yes.” “cool.” “okay”.
But lucky me, i got friends that got confronted with the narc-topic earlier and fed me with information. i needed this to understand a past realationship to a guy but i suddenly saw how it fitted to her. i immediatly reconized her behavior as the silent treatment. So i knew what to do. i looked for another place/flat and made shure that i am in no way dependent on her for anything anymore.
I decided to confronted her with this in an non-offensive way per mail where i wrote that having unsolved differences is even not good for her and living together would be no good for anyone of us and stuff like this. i made shure to not blame one of us and i wanted to see her reaction.
Yeah, and it was like expected, she said she thinks the same way, “living with me is unimaginable” (wow, what a drastic change of mind). from friends of us i later heard then how bad she talked about me during and after our friendship. how after i somehow broke up with her she tried to seperate friends from me and other typical narcstuff.
the silent treatment this time was the last peace for th puzzle i needed, a lot of events in the past and my very bad feeling in the stomach made sense.
after this came the non contact. this totally works.
now there is enough space for recovery

It was all not as easy as it might sound, i left a lot of infos and events. i lost a job due to this, dont see a dog i love anymore and so on. it is a pretty long story but i was very lucky to find good guidance in my friends and i found help in forums where i could read other peoples experiences. and sites like this one here 😉

How to Leave a Narcissistic Husband | Let Me Reach with Kim Saeed says February 5, 2014

You are super brave Kim….. the silent treatment used to nearly kill me… I didn’t understand what was going on.. following the silent treatment there would be a letter outlining my sins, full of abuse, and full of demands as to how I must change in order to win back his love… sad to say I kept going back, he discarding me for not going 3,000 miles to meet him on the other side of Australia for his birthday due to my mother being sick…but then kept me hanging on until he found his new source of supply … when I phoned in tears he said. if you continue to cry this conversation is over. that was when the penny finally dropped and it took one year from the time of his discard for me to wise up….. I could have spared my self so much heart ache if I could have been brave enough to leave earlier…but I guess in the end it takes what it takes. Thanks so much for your blogs.

My Uber Narc was an expert in the silent treatment – with lashings of drama. My favourite example was when he bawled me out in a coffee shop in romantic Rome, and pretended he was headed to for the first flight home (although he rushed out without his passport). I finished my cappu then had a little wander around the shops trying not to notice him skulking along behind me. Sure enough, he was full of apologies (but of course it was all my fault). Wish I’d called him a cab to the airport!

Cripes. They are 4 yr-olds in adult bodies!

Next time you go to Rome, you should go with a girlfriend 🙂 Shopping and lattes until you drop!

OT, I am having a real problem imagining you with kahunas of any variety.

🙂 I know, but the ugly reality is, I had some pretty big ones at one point…..sorry for the visual…LOL!

Thank you. Uncle Tito’s vodka numbs the pain. Not that I needed an excuse.

Kim, I cannot believe how your experience paralleled mine. They must all go to school for this or come from the same place in Hades.

Beth, that is a common realization. It is very curious how they all do, say, and behave the same. How do they do that?? I still haven’t figured it out.

On another note, glad you got out. I haven’t forgotten the things you shared with me. Look at you now. A talented writer and teacher, and the best female political commentator I’ve seen 🙂 And, you’re the only person I know who can skillfully prepare french pastries!

Silent treatment sucks, but more so if you hang around and mope. Get a mani/pedi and a facial, go out to dinner, watch good movies, enjoy the time!

Thanks, Lynda! Great advice! By the way, I visited the link from your previous comment, and while I don’t live near your spa/gym, I wondered about the Reiki healing. I could use some of that, plus I am considering taking a course to become Licensed in April. Can Reiki healing be done long distance?