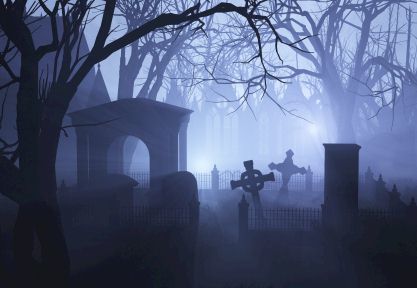 ** A fictional piece about the evil of Narcissism

When I first met Alyssa, she was a sweet, vibrant woman who had built up her business as a Life Coach in only eighteen months.  She lived three houses down from me and would often invite me in for coffee after my morning run.  That was…until she met Ethan.

I always felt there was something “off” about Ethan, but Alyssa thought he was a prince.  He moved in with her shortly after they started dating and I began to see her less and less until the only time I would see her was when she left for work.

The last time I saw her, she looked old and broken… an apparition of the woman she’d once been.  She’d stopped me during my jog and gave me a worn leather journal and told me that if anything ever happened to her, to give it to the authorities. Then, she hurried back to her house, looking over her shoulder.  It occurred to me that she was afraid of someone seeing her speaking to me.  In hindsight, I know that person was Ethan.

Then it happened.  She disappeared.  Per her instructions, I notified the authorities and submitted her diary as evidence.  They arrested Ethan, who was later released because they couldn’t tie him to any concrete evidence that connected him to her disappearance.

During the investigation of their shared residence,  remnants of her self-esteem were found on the soles of Ethan’s shoes, her sense of hope was found hacked to pieces in the backyard, her happiness was found in the tire tread of Ethan’s SUV, and her will-to-live was extracted bit-by-bit from the garbage disposal.  In the kitchen cupboard, they found her soul, which had been ground into powder to make tea.

In spite of all of the circumstantial evidence, it wasn’t enough to convict Ethan.  But, they don’t know what I know.  A Narcissist can annihilate you without ever laying a hand on you.

It was later discovered through expert analysis of her journal entries that it took two years, three months, and ten days for her to disappear. 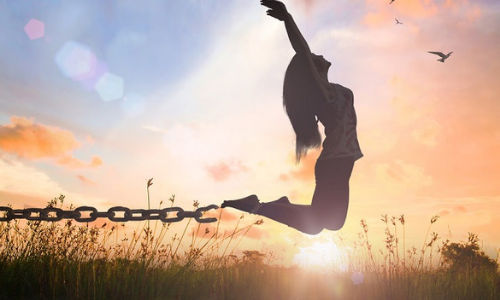 Shattering The Ugly Cycle: 3 Reasons Why You Keep Falling For Narcissists

10 Types of Hoovers and How to Powerfully Respond

Have You Been a Victim of Emotional Vampirism?

I was just wondering if anyone of you has or still is with a narcissist
or sociopath who now has Parkinson. This is a difficult situation.

Not speaking about the general public here, but when it comes to narcissistic individuals, there is a correlation between their developing Parkinson’s and their current or previous alcohol/drug/porn addictions. Mainly due to the high levels of dopamine they receive(d) while engaged in these activities. Over time, it causes the brain to operate at a dopamine deficit (or, produce less dopamine). As the disease progresses and the brain produces less dopamine, the symptoms of Parkinson’s become more apparent and the person develops tremors and other issues with movement.

It’s definitely difficult, but I wouldn’t recommend martyring yourself or sacrificing your life for a narcissist or sociopath as it will go largely unappreciated and unreciprocated. In the end, you will discover that every day you spent with them was for nothing…

[…] not everyone is as fortunate.  Lives are ruined because targets of narcissistic abuse eventually fall prey to the uncontrollable need to defend […]

This is so sad!!
I was with my narcissist for 25 years, we raised 3 kids together. I lost friends , they left because they couldn’t stand him.
He was abusive to our kids.
I always resisted moving out of the neighborhood we lived in. It was my house, got before I entered the relationship. I felt deep down, that I wasn’t supposed to leave with him.
After so many years of a rocky on again off again relationship, fits of depression on my part, the kids were grown and moved out. He kept saying that I was being unfair to him by making him live in a neighborhood he deemed unsafe for him. So, I decided to move where he wanted to live to give him a chance to see if he was right and support him.
Biggest mistake of my life!!!
The first year wasn’t so bad as my brother lived with us, but my brother left because he couldn’t stand to be around my husband.
Then we went to live with my husband’s brother in the same neighborhood.
Here is where the abuse really ramped up!!
I was not in my part of town anymore nor yet close to my family which I had been before.
For a little over year it was hell on earth for me.
He wouldn’t let me talk or give an opinion, it was all about him. He raged on his pet topics which I was supposed to just sit and listen to. I had to go to sleep when he was ready, not when I wanted to/ had to. I was constantly exhausted. Constantly being raged at for little things.
Over the course of one year I had lost hope, felt stuck, and was seriously contemplating suicide. My brain was always foggy, I could barely make decisions for myself.
I was so scared that I was losing myself, my life, ME.
Over the past 2 years, he had been making the attempt at making me question all I believed in. I literally felt as if my soul was leaving me, my essence.
I was able to get out, to family. back to the neighborhood I wanted to be in.
The depression and fog almost immediately lifted. I was also sleeping 9 or 10 hours at night. I was exhausted and could sleep without fear of disturbance.
The change in me was almost immediate. I was happy again!!!

I caught the metaphor but this shocks me to the very core. I was 7 or so years into a “relationship” with a person with I’m guessing a crossover NPD/BPD – he has never allowed his mental health records to be accessed. I walked into my closet and realized everything I owned was either grey, tan, khaki or black. Every shoe was serviceable and ugly.
I’d previously been a petite, slim, vibrant green-eyed blonde who was teased (kindly) by her friends for her ability to turn every head wherever I went.
Shocked, I turned and walked out of my room, down the stairs of my home crying out silently to God. As clear as a bell I heard “You’re not dead yet”. That was the very moment I started the long journey of escape and recovery from the hell that being tied to a NPD/BPD/sociopath becomes.

Thank you for sharing your touching story. I’m glad that you were able to detach and begin healing from the toxic abuse. Sounds like you’ve come a long way…

This is so sad and so beautiful in its metaphors. As one who had suicidal depression following the ending of my relationship with a Narcissist I can really relate since journaling was one way I survived and was the place I took my sorrow and confusion, as when I met him I was very isolated.

Deborah, it’s alarming the number of people who become suicidal after being brainwashed by these psychopaths. I confess I once had similar thoughts.

I’m glad you liked my story. While it’s fiction, it contains some harsh reality. The lady in the story could be anyone…including you and me. That’s the main reason for my blog, to create awareness. The trick is to help people BEFORE they become brainwashed and destroyed.

Reblogged this on An Upturned Soul and commented:
This is a very poignant story. Is it fictional or is it non-fiction hidden within the safety of fiction? The feelings within it are very real. And that which it inspires is very real.

And if you’ve been in a relationship with a Narcissist, then you know all too well how the boundaries between what is real and what is unreal can blur, often making the unreal more real than reality.

Confused ?… confusion is at the core of Narcissistic abuse. They are very confused, but they don’t own their confusion, they pass it on to you and leave you to deal with it.

Once you’ve read this, please take the time to read this too:
Leaving Your Narcissist – Which Path Will You Take? (I’ll fix the link in a minute for those who read this before I do it)

Ursula, a million thanks for sharing my posts with your dedicated followers. I consider it a high honor that you’ve chosen to include my work on your site.

I feel as if I’m part of a Native American ceremony, and I’ve been granted the coveted eagle feather….shall I pass the Peyote?

Your writing is beautiful, and your ability to capture the feelings which are connected with the wound which Narcissists inflict on their victims is deep and powerfully healing. I’d be completely insane not to share it!

😀 The ceremony took place the day we learned to turn the curse of being in a relationship with a Narcissist into a bountiful gift for ourselves and others.

However since I’ve never been to a Native American ceremony or tried peyote, the experience intrigues me and sounds like a good idea. I did once see a man walk down the street of my local village with an eagle perched on his arm, but the feathers stayed on the eagle. Had I received a feather I would definitely pass it on to you 🙂

Keep doing what you do, you have a wonderful gift!

Wow, Kim, did this really happen to someone you knew? How did she die? I know victims often take their own life. So sad. -Lynn

LD…no, this is a piece of fiction. It’s uses metaphors and analogies to illustrate the slow death of our spirit when the Narcissist takes away everything. But, you are right, there are people who are killed by Narcissists, or who become so depressed they commit suicide.

Kim! Your writing is too good and too real. You probably need to add a caveat that this was fiction in the post itself.

Advice taken…I’ve come to rely too much on tags :/

I was killed slowly and painfully over 3 yrs 4 months and 6 days.
My death was really unoticed..his family and friends believe I just disapeared …like all the others he killed before me.I am resurecting myself..

this is so tragic and I completely understand how this is possible. it’s not being dramatic, it’s how one feels living with tyranny, hatred and in a surreal world. thank you for sharing this