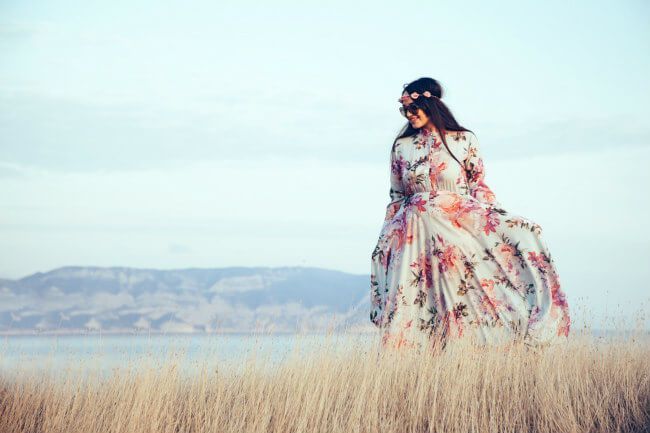 Do Empaths and Weight Issues Always Feed One Another?

You lie flat on your back on the bed, grab the coat hanger, hook it in your zipper, and pull.

You’ve spent all day talking to customers. You get home, kick the front door shut, slip off your shoes, and head straight to the fridge for that tub of ice cream you know is in there.

You’ve only spent an hour in your mother’s company and already she’s told you that you’re too emotional, too sensitive, and too heavy.

All for your own good, of course.

Do any of these scenarios seem familiar? If you’re an empath, you’ve probably experienced at least one of them before, if not all of them.

Weight issues are common in empaths and highly sensitive people, for a variety of reasons. As an empath, you may not care why you’re overweight, you might just want to get rid of it. However, you’re far more likely to lose that extra weight and keep it off, if you know exactly why you put it on in the first place.

Let’s examine some of the common reasons why empaths often have weight issues and some suggestions for what to do about it.

The Protecting My Own Emotional Health Barrier

Empaths are people who absorb other people’s emotions and feelings and sometimes even physical symptoms.

This isn’t something you do intentionally. It’s something you have very little control over, until you learn the best ways to protect yourself.

Imagine you’re walking along a narrow path, on top of a very high cliff. You’re going to want a sturdy fence between you and the edge of the cliff. If you lose your footing, you want that barrier between you and certain death.

In the same way, part of your brain has decided that the best way to protect yourself from the weight of other people’s emotions, is to put a layer (or two) between you and them. It doesn’t work, of course, but the weight-gaining part of your brain doesn’t understand that.

Too Busy to Feed Yourself

INFJs, or advocate personalities, are often empaths, but they have an extra kick. You don’t just feel other people’s emotions, you feel that you have to help. You’re always fighting someone else’s battles.

While that’s a very noble thing to do, the problem is that you don’t always remember to take care of yourself. An entire day can pass before you remember to eat because you’ve been busy helping other people.

By the time you remember to feed yourself, you realize that you’re starving and need to eat now! And we all know that when you’re that hungry, you grab the first thing you see and don’t necessarily make good decisions. Added to that is the fact that you’re eating so late in the day, you don’t have a chance to burn off that extra fuel before you go to bed.

Actually, if chestnuts were comfort food, it wouldn’t be a problem. We’re all guilty of comfort eating sometimes and not all comfort food will make you pile on the weight. After all, who doesn’t love chicken soup when they have the flu? It’s comforting, like an old blanket.

Chocolate, on the other hand, is comforting but definitely not slimming. And when you need comforting because of someone else’s emotions, as well as your own? It doesn’t end well.

Are You Subconsciously Trying to Put Up a Wall?

This one’s very similar to the protecting my own emotional health barrier. It’s all about not letting people get too close. If we feel unattractive, we’ll give out that vibe and people will avoid us. You can’t take on someone’s emotions if they’re don’t get close to you.

Body dysmorphia can also be a problem. With this condition, when you look in the mirror, you don’t see what you actually look like. You’ll see a nose that’s too big or a bust that’s too small. You’ll fixate on one perceived flaw and then it will run away on you until it’s the only thing you can think about.

How does body dysmorphia work with empaths? The perceived flaw isn’t always yours, but you may still take it on as if it were.

Despite the common belief that if you gain weight, it’s because you have no self-discipline or willpower, often there can be a physical reason for weight gain.

As we know, empaths take on other people’s emotions. This means you’re going to get tired earlier. Your immune system has to fight for longer and harder, to keep you well. It doesn’t always succeed.

Empaths are also affected by too much noise, toxins in the air, and food allergies. All of those, again, affect the autoimmune system. And when your autoimmune system is overworked, or just plain exhausted, you get sick.

How Do You Stop the Weight Gain?

Fluctuations in weight are perfectly normal for most people, it only becomes a problem when your weight keeps going in one direction, either up or down. But there are things you can do to keep your weight under control.

Some of those things are just common sense. For example, eat plenty of vegetables and fruit, drink lots of water, and limit alcohol and sugar intake. However, if that was all we needed to do to stay slim, nobody would be overweight. You’ll never get rid of excess weight permanently if you don’t address the underlying issues.

As an empath, you need to look after yourself just that little bit more than other people. Meditation, releasing emotions rituals, essential oils, and creativity are all valuable tools you can use to get rid of all that extra emotion you’re carrying. You can also indulge in a hot shower, exercise, or use creative visualization to physically shake off all that weight. Sometimes you need outside help, so if you find you’re really struggling, see a counselor or a doctor.

Whatever you do, or don’t do, remember that although being an empath can be physically and emotionally exhausting, it has its rewards too. Isn’t it wonderful to know that you’ve made someone else’s pain just that little bit easier for them to manage?

Grab your healing toolkit below and let meditation and essential oils help you shed emotional baggage!

Here’s Why The ‘Dark Empath’ Myth Needs To Be Debunked

How to Overcome Fear After Narcissistic Abuse

Dear Kim,
thanks for all the wonderful advice. It’s so much help.
Lot’s of love, Anja?

Dear Kim, lovely picture on this post. Yeah, female-friendly clothing is hard to find. Everything is pants, pants, and more freaking pants (and those ugly arse-excuses4-tops) – this sort of “women’s clothing” only makes fat women (me too) look even fatter. Of course, that’s the agenda…we can’t have fat old women even halfways comfortable with the bodies they have.

I’ve grown to dislike pants…especially jeans. I now have a few pairs of pants that are stylish, but nice and stretchy without popping my internal organs when I wear them 🙂

Thanks for the great helpful resources on narcissist abuse and empaths.
I am a guy who unknowingly was involved in a marriage to someone who displays typical narcissistic triats and probably has a disorder, but I am not a professional. However, every detail of her life and our relationship mirrors typical narcissistic personality disorder.
Until two days ago I knew very little about narcissism although I have experienced being in relationships with many narcissists.
I also learned that I am an empath which apparently is the type of person they latch onto, because we feed their need for supply.
Frankly, the information on what narcissists do after no contact is frightening because besides the fact that while we were together she tried and did have me falsely arrested, and has recently stolen lots of money from me, and threated to have my girlfriend and me arrested without us doing anything to her illegal. Her sister even rediculously pressed kidnapping charges on my girlfriend for taking me from her sister. So it isn’t just my estranged wife I am dealing with but her sister as well, who also lied and told lots of people including my girlfriend that she and I had sex. Sick family!
Anyway, I appreciate your help through the resources you have provided, and hopefully after I get through this horrible time in my life I can help others who are going through narcissistic abuse, but at the moment I am simply working on my own healing process.
Thanks again and keep it up…it helps.

Great article, Kim! This all describes me to a T. I gained over 70 pounds during and after my relationship with a major narcissist in 2015 and the weight won’t seem to budge, like my body is doing what it can to protect me and prevent me from being hurt like that again. Are there any specific meditation CDs or visualization techniques you could suggest to turn this around? I’m very intrigued by the idea of visualization to protect myself from taking on other’s emotions as well as shaking off the weight but I don’t know how to put that into practice. Thank you as always for your insights!

So glad you liked the article, Jan! 🙂

So glad to know you feel validated and understood, Jan <3

So so so true!

“Whatever you do, or don’t do, remember that although being an empath can be physically and emotionally exhausting, it has its rewards too. Isn’t it wonderful to know that you’ve made someone else’s pain just that little bit easier for them to manage?”