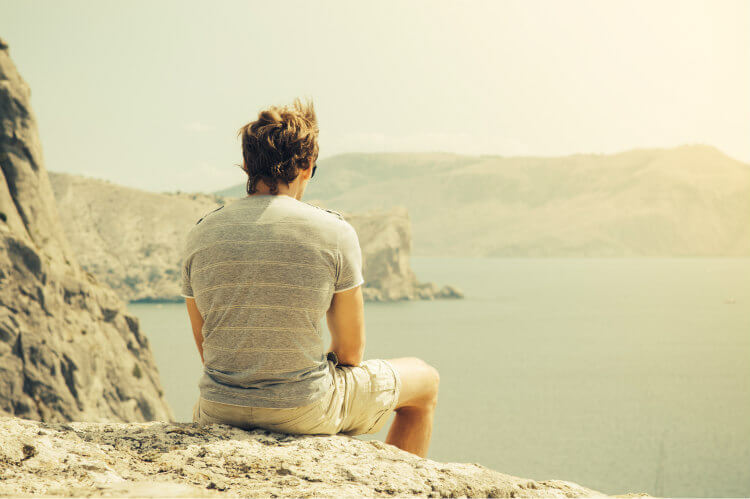 There are two basic steps to recovery from Narcissistic abuse, and they are taken both within and after a “romantic” relationship with a Cluster B personality-disordered partner.

The first step likely occurs while you’re still entangled in the relationship, or perhaps during a discard while your head is spinning (again) and you’re wondering what happened (again).  The second step happens sometime after the relationship is over.

While the first step is an event–the culmination of a painful process called “Narcissistic abuse”–the second step is a process that leads to prevention of future abuse.

Experience and Knowledge Lead to Awareness

Step One is gaining AWARENESS of just how disturbed (and disturbing) your disordered ex really is (and was, and will be) and how much damage he or she has done during your weeks, months, or years of relationship.

In all likelihood, your abusive ex-partner…

—lied to you repeatedly;

—pretended to be what you said you wanted early on;

–set you on a pedestal, only to knock you down repeatedly;

—consumed your time, energy, and resources;

—prevented you from pursuing other life opportunities, hobbies, and interests;

—isolated you from your friends and family;

–made endless “future promises” that they would change (but never did);

—triangulated you with other possible relationship (or affair) partners, or with their exes;

–inflicted passive-aggressive jabs and guilt trips onto you;

–made false accusations and/or threats against you;

Step One includes learning–perhaps while still trying to function within the relationship–that this sort of behavior pattern likely means change is next to impossible and your efforts to maintain this disruptive relationship will likely never bear fruit for long.

It means recognizing that, despite your repeated attempts to change yourself or your partner, the primary change that’s happening is the loss of your own sense of self, independence, and vitality.

In other words, you are sacrificing yourself in the relationship, not for some greater future reward, but for NOTHING.   Your efforts to maintain the relationship are effectively allowing a dysfunctional person to continue to be dysfunctional, but without suffering the natural consequences of his or her dysfunction (which would be perhaps the first step in their own healing, if it were possible).

Instead, YOU are suffering for them—enabling their continued dysfunction, even while enduring their abuse.  You’ve been acting as a buffer between your abusive partner and reality, and all the rest is just the collateral damage from your own well-meaning, but pointless, self-sacrifice.

This can be a hard pill to swallow because it effectively means giving up hope on both the relationship AND your abusive partner.  Once you’ve realized, however, that the person you thought you loved was merely a phantom conjured up by your abuser in an effort to “hook” you through your heart and manipulate you–THEN your radical acceptance of the truth about your partner puts you one step out the door.

Taking Responsibility Leads to Having Boundaries

Step Two is taking the RESPONSIBILITY to search through the rubble of your previous life; gather up what you need or want to keep from the past; tend to your wounds; comfort yourself in (hopefully) healthy ways, and evaluate your relationship experiences.

Throughout this process, you can finally learn—as a result of your abuse–exactly where your personal boundaries are:

You gradually become the King or Queen of your jungle, so to speak, instead of allowing weeds and vines from someone else’s jungle to encroach on your own.

At some point in recovery, you realize that if you’d had these boundaries to begin with, as soon as your disordered ex started his or her shenanigans (early on!), your boundaries would have bounced the ex right out of your life.  This would have happened with very little effort from you; very little consideration for why he or she is abusive; and very little FOG (fear, obligation, and guilt) to make you question your boundaries and maybe even return to the abusive relationship.

Step Two in recovery means learning where your boundaries are and how to hold them when someone challenges them.  First, you decide them.  Then you practice them.  Then you adjust them as necessary, in response to your experiences and interactions.

Doing this will make them more solid.  The more wiggle room your boundaries have, the more easily they can break.

Let your personal boundaries be an expression and extension of who you are. Define them, and let them help you define YOU…or, rather, let your boundaries show you who you really are.

Recovering Yourself after Abuse

Ultimately, we suffered abuse because we trusted the wrong person, partly because of our lack of personal boundaries.  Healthy boundaries prevent personal violations (such as those collectively described as “Narcissistic abuse”), and they are a result of having awareness and taking responsibility.

Although everyone’s experiences of Narcissistic abuse and recovery are individual and unique, what you recover in the end is YOURSELF–a stronger and wiser self who is much less susceptible to being targeted and victimized ever again.

What do you do when a narc just keeps throwing it back in your face every time you try to explain to them what they did……standard response is that I’m a narcissist!! Maybe I am. I don’t know. Doubts doubts doubts.

I am so broken and hope it not to late find myself and happiness again.

I am broken too but I believe it’s never to late and I want to find my way again. We can do this we have to!

Wow. I needed to read this today. I have been asking why. And trying to “understand ” his reasons, way of thinking, accepting that I was responsible. But the key really is boundaries. If they were in place, I would not be writing this. My heart hurts for the person I fell in love with. I can absolutely agree with everything written here.

So glad to know the article resonated with you, Anon. I hope Ven, the author, sees your comment. He’s truly a talented writer 🙂

I often wonder how I can be of help and positive influence in this community of narc abused men? I was married to a narc female for 21 years and cannot begin to describe the horrific traumas i experineced. The betrayals of trust, fog, anger, bitterness and resentment I have in my mind still today toward her. Divorced in 2012. But it still exists in my being. Gradually healing but takes a lot time to let go.

Wow. 21 years. I’m currently separated after 23 years of marriage to a covert, or shy narcissist. Just starting the healing but still have some contact via text. This is so hard. Thought I was staying out of unconditional love. Have now finally admitted that it’s my own lack of boundaries that kept me stuck all this time. There are times I’m still trying to convince myself that he is a Narc. But I know he is! In my heart I know it. I just don’t want it to be true. I feel a lot of shame for letting it go on for so long God bless and good luck to you.

I got out the narcissistic abusive relationship 2 years now. He me to live with one his other women. The person he was living with died , he took over her house and moved other women in. That is when I started to remember how sick he really is. I have dropped others out of my life once I could see how brought other in my world that didn’t need to be there. I now have boundaries. I can see