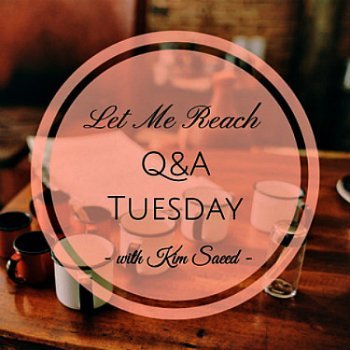 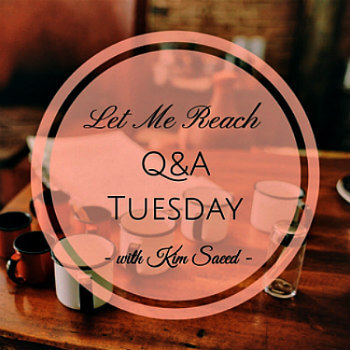 I’ve been seeing a guy I met on Tinder for about a year and a half.  Everything was great in the beginning, but instead of our relationship becoming deeper and more intimate, things have taken a devastating turn for the worse.  He’s always grumpy, blames me for our constant fighting, and a couple of times has wanted to take a break so we could see other people – yet “stay friends” in the process.

I really care about this guy, but I don’t understand why he goes silent and seems to be unavailable most of the time, yet…when we do get together we have a great time and the sex is awesome.  However, aside from those rare occasions when we have fun, he is mostly condescending and says I’m too clingy.  I guess I feel that way because I never know where we stand.  He acts like he wants to keep our relationship going, but at the same time, I think he wants to keep his options open.  When we’re not together, all I do is obsess about him, and I really don’t want to date anyone else.  But, it seems he is fine with the way things have been going.

Some of the stuff I’ve read online makes me think he could be a narcissist.  Given the information I’ve shared, what do you think?

Thank you for following my blog and for submitting your question.

Okay, first, I can’t say whether this guy is a narcissist, however there are definitely some red flags waving in that direction.

First, you met him on Tinder.  If you missed it, you may want to familiarize yourself with my article, 3 Dating Sites to Avoid That Are Crawling with Narcissists.

Second, he’s coming off as wishy-washy and you can’t figure out where you stand in the relationship.  This doesn’t necessarily make him a narcissist.  But, the fact that he’s calling you clingy is a warning sign.  Many guys will want to keep their options open until they find “The One”.  If he feels like he can keep you on the back burner while he explores his options, then that’s what he’ll do (and he’s already doing it).

Does that make him a narcissist? Not necessarily, especially if you agreed to “keep it casual”. (Although it IS a red flag if his profile said he wanted a relationship, but instead, he wants casual dating).

My question for you is, did you agree to take a break and see other people, or agree that he could see other people, yet remain “friends” with you?  Because if that’s something you don’t want, you’ll want to tell him you’re not interested in an open relationship, but if he is, then wish him well and walk away.  You can read more about this in The Top 3 Ways to Epically Ruin Your Chance at True Love.

Third, the things that concern me regarding his potentially being a narcissist are:  He’s always grumpy, he blames you for your constant fighting, and a couple of times has wanted to take a break – yet remain friends in the process.  He goes silent and seems to be unavailable most of the time.  He is mostly condescending and says you’re too clingy.

These are all hallmark behaviors of narcissistic individuals.  Aside from that, they’re signs that a person is just not vested in the relationship.  A person who cares about you, who wants to spend time with you, and who wants a committed relationship would not do those things.

If someone wants to be in a genuine relationship with you, you would know it – and you’d know where you stand.  Of course, if you’ve only been dating someone a few weeks, it’s not the time to be hinting around at exclusivity, but regarding someone you’ve been seeing a year and a half, you should have a very clear picture of where you stand.

This guy isn’t serious about a relationship, he seems to be using you as a fallback, and he could well be a narcissist.  The reason you obsess about him is because he is using covert psychological manipulation on you.

Do you have a burning question about your partner’s dubious behaviors?  Submit them to [email protected] and your question will be entered into our database and possibly included in a future publication.

Are You Using Empathic Projection With the Narcissist?

LMR Q&A Tuesday: Why won’t the Narcissist make up his mind?

LMR Q&A Tuesday – Could it be true? Is he really a narcissist?

You took the words right out of my mouth. As I read it, I thought maybe Suzie was writing about my ex too. I bet many other women readers will think the same…quite strange how all our stories are SO similar.

I would add the warning signs of a narcissist. My ex’s girlfriend thinks she’s found the love of her life, but he’s going to be her worst nightmare. I wish I could tell her that the fact that their relationship moved very quickly, he love bombed her the first year with a trip every six weeks (two weeks Barcelona to the Amalfi coast after 12 months of dating), two of his three daughters will not have any contact with him, he has no contact with his ex wife (me) for any reason whatsoever, he has only one or two “friends”, they met online and became seriously involved 8 weeks after our divorce (a year after we separated from a 22 year marriage), and the bank called her looking for him because he defaulted on a business line of credit, are ALL narcissistic red flags. His daughter made a documentary about him being violent and abusive and he blames absolutely every failed relationship from his marriage to his daughters, on them. But she isn’t asking, “Is he a narcissist?” She’s too busy enjoying the masked man.

Its crazy how narcs have the same traits and behavior. I went thru the exact same thing. After years of back and forth drama, im so.happy and blessed to be out of it. No contact!!!

As I read this blog from Suzie P. my heart started pounding. I thought maybe I was reading a letter from my ex’s new girlfriend. It sounds very familiar….someone once told me that when a person shows you who they are…believe them.