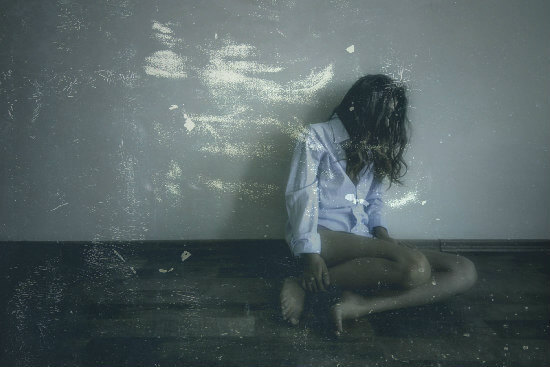 October is in full gear, bringing with it pumpkins, Halloween, harvest, Thanksgiving, and warm thoughts of sweaters and mugs of hot cocoa.

It also marks Domestic Violence Awareness month. Sadly, there are families out there who won’t get to enjoy the festivities of the Fall season because they live with an abuser.

When we think of domestic abuse, we typically think of husbands or wives who beat their partners and/or children. But did you know that domestic abuse also includes psychological abuse, including threats of violence and verbal/emotional abuse? Some of the worst abuse occurs without any physical contact.

You do not have to be physically battered to be considered a victim of abuse.  Abuse is any behavior that is used to intimidate or control another person.  In fact, emotional abuse and manipulation tactics are similar to the psychological warfare that’s used in military prison camps. Guards at POW camps know that physical compliance is difficult.  It requires physical exertion and, besides that, it’s messy. Thus, the guards often choose an easier path…emotional manipulation and abuse, which is used to control, degrade, humiliate and punish. The technique involves employing coercive tactics and actions, or simply the threat of such actions, in order to cause the emotional distress that leads to compliance.

This is the same method Narcissists use, getting inside the head of their victims and causing them to question their every thought and move.

What does this process look like to the target of this insidious form of abuse?  Let me give some examples of common tactics used, along with some observations about how they may appear to a real-life victim of them:

The silent treatment is used as a form of punishment when the victim has attempted to establish a boundary.

For Narcissists, creating emotional devastation is their way of demonstrating their power.  They know that the wound of abandonment is at the core of human experience.  It’s a primal fear that’s been passed down to us by our ancestors when being ostracized from the tribe meant less access to critical resources such as food, shelter, and companionship.  In most cases, it was a death sentence.

In today’s world, ostracism, endured for a long time, leaves people feeling depressed and worthless, resigned to loneliness or desperate for attention. In extreme cases, victims can feel suicidal or homicidal. In dealing with ostracism, there is a “coping” stage, which is when people try to figure out how to “improve their inclusionary status.” They pay attention to every social cue that might help them escape their desperate situation — they cooperate, conform, and obey. [1]

Most Narcissists, especially of the overt type, take advantage of this phase by insisting that their partner hasn’t tried hard enough, isn’t forgiving or understanding enough, isn’t attractive enough, and so on – all in order to secure a compliant source of narcissistic supply. Their target, wanting desperately to avoid the emotional damage of ostracism – a.k.a silent treatment – complies with the Narcissist’s every demand.

Isolation from friends and family

This tactic is used to deprive the victim of social support, weaken their defenses, and cause the victim to depend on their abuser.  At first, the use of this tactic may seem innocent enough; it may even make it appear that the Narcissist cares about their victim.  Common comments by the Narcissist include:  “I get lonely when you’re not here”; “I wish you would spend more time with me”.  “I don’t have a good feeling about your friend, _____.”; “You’re friend, ____, doesn’t seem to like me.”

These aggressive statements usually result in your withdrawing from your circle of friends…or worse, you might actually begin to believe there is some truth to them.

Humiliation is when a person uses words, silence, and blaming and shaming actions to threaten or belittle another person. It can happen when you are alone or in the presence of company.  Abusers use humiliation as a way to make their targets feel bad about themselves, lessening the chance that they will stand up for themselves or leave the relationship.

Common humiliating phrases used by the Narcissist include:  “I think we need to go on a diet”; “How come you don’t take care of yourself like you used to?”; “Why don’t you fix your hair like your friend, ____?”; “Have you ever thought about plastic surgery?”

Later, more hurtful comments will be used, such as:  “You’re fat and I can’t stand to look at you”; “I’m not attracted to you anymore”; “You can’t do anything right”; “I knew you weren’t intelligent”; “You’ll always be a loser”; “Even your own family doesn’t want you”; “People tried to warn me about you”

The purpose of these harsh comments is to destroy your confidence and self-esteem.  It’s a form of psychological conditioning which typically results in the victim believing themselves to be worthless and fortunate to still be with their abuser, despite their abuse.

Are you a stay-at-home mom?  Does your partner or spouse try to convince you that you don’t need to work and insist on your staying home?  This maneuver is also used to make you fully reliant on your abuser and allows them to control your access to important resources such as a cell phone, gas money, and means of transportation, internet/computer access, and other common conveniences.

If your partner withholds your access to a cell phone, please contact Hopeline to see if you qualify for a free cell phone plan.

When to Consider Leaving

Emotional abuse robs a person of their self-esteem, the ability to think logically and objectively, confidence in themselves and their identity.  If your partner’s actions or words have caused any of the following feelings, it is time to consider leaving:

If you’ve tried therapy and setting boundaries but are still being abused, it’s definitely time to consider leaving the relationship.  Devise an exit plan, hire an attorney, contact a Domestic Abuse shelter, and start making plans for your new life without abuse.

Still not sure if you’re a victim of Domestic Abuse? Read the following downloadable PowerPoint for additional information regarding the dynamics of abuse (click on the link below the image).

To help support awareness of Domestic Violence and Abuse, as well as resources to help its victims, please share this article with your friends and family.  You may save a life.

A narcissists possessive obsessive behavior is so toxic that they’ll even get upset if you’re spending too much time talking to your own children. He gets jealous of the relationship between mother and child. He sees the child simply as a “downfall”, problem and someone that’s in the way of him getting the full attention required from their mother. He will try every sinister tactic to try and estrange mother and child and will use all and any means possible to make the child look like they’re a “bad kid”. The narcissist acts like a jealous individual that carries “stories” to their mother about their behavior in hoping the mom would “side” with them. They literally get off on when the mother reprimands her kids about something. They’re the the worst kind of narcissists, they’re not human, they’re the monsters we realise weren’t hiding under our beds but the monsters we share our beds with.

Going No Contact does not Make You the Narcissist | Let Me Reach with Kim Saeed says February 1, 2016

[…] neither will their partner’s abusive behaviors.  It is a very intentional approach for escaping abuse and ending the toxic effects of emotional and psychological […]

Reblogged this on FashionJitsu and commented:
Incredibly true. Thankful to this blog, and 800RecoveryBlog for their amazing posts.

Erin Pizzey, the founder of the first shelter for battered women in the US, has a great term for emotional abuse. She calls it “Soul Murder.”

Indeed, Joyce. Her term is quite accurate!

Excellent and so Informative article you wrote Kim! Thank you so much for all your writings and I want you to know again, without your writings and information, I would have never known what I was dealing with in my relationship. I had no idea what a Narcissist was and the behaviors and come to find out after finding Your website and learning from you, what I was dealing with for a long time and I finally was able to have answers and come to grips of what this man was doing to me and our relationship. I then learned and do not tolerate his horrible actions any longer. Thank you Kim!!

Superb article, Kim…you always never cease to amaze me with your commitment to excellence to providing the best, most valuable, and factual state of the art information that addresses the root causes to our pain addictions and faulty thinking that makes us vulnerable to abusers, narcissists and other emotional vampires. Thank you…another of many of your articles I have shared at my Page. You have been instrumental in my personal healing journey and have inspired me to help others as well. Evelyn Ryan, Yourlifelifter.

Wow, thank you! It’s truly an honor that you’ve shared one of my articles, Evelyn! Thank you also for your kind praise regarding my writing. You’ve given me my own little dose of inspiration today 🙂

Kim u are brilliant , I am reading all ur
Articles and trying to find strength to go thru no contact with my narcisstic ex , as I failed few times

Thank you for your kind praise, Someone. I truly hope you find the strength to leave <3