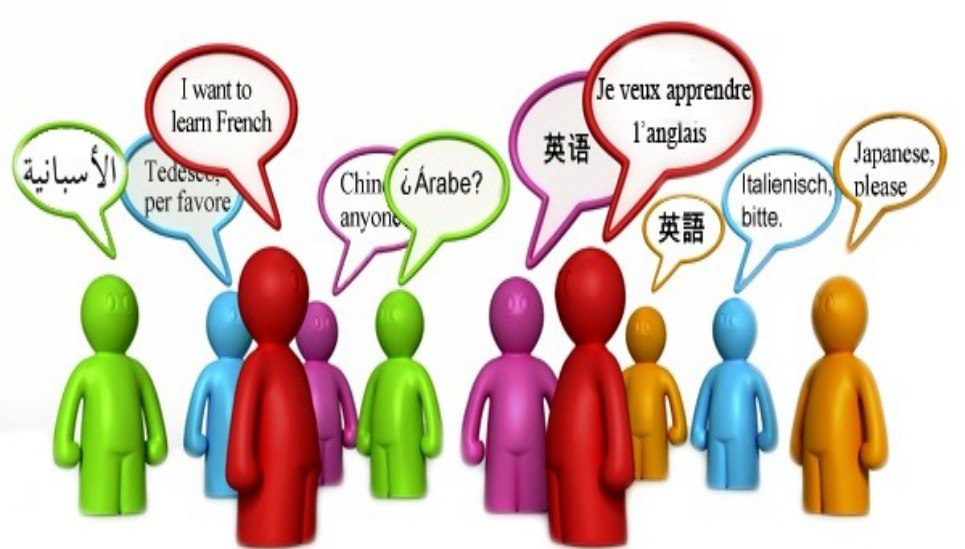 Excuse me, does anyone here speak narcissist?

We may not realize it, but the words that we speak in our native language are full of personal memories, imagery, feelings, and associations that we have built up over the course of a lifetime.

We naturally assume others also share these associations when we are communicating with them and especially when they are communicating with us. However, when learning a foreign language this dynamic changes dramatically. We no longer have a database of emotions to attach to the new sounds we are learning. So, we have to use a type of logic instead.

We know that if we make a series of foreign sounds that the other person will understand these sounds to mean something, and although emotionally it means absolutely nothing to us, to them it has the desired impact.

Eventually, we attach emotions to the new words and we gradually become fluent.

It was only through speaking with narcissists in foreign languages that I discovered that when it came to emotions, they were foreigners in their own language. As soon as it came to speaking about emotions in any way, their speaking style visibly changed. As a foreigner I could clearly see that they were resorting to stock phrases which they could apply to anyone indiscriminately, copying what others say, and either appearing exaggerated in praise or not responding appropriately and all in a way that appeared to be invisible to the people around them, or at least overlooked.

They were totally unable to judge how to apply positive emotions correctly linguistically.  It became perfectly evident to me as a linguist that they had never developed any emotional database to accompany the words that came out of their mouths, they were repeating by rote.

So, when speaking about emotions with a narcissist it is important to remember that to them, they are just foreign sounds that they hope will have the desired impact. Because when it comes to emotions the database is totally empty.

Shattering The Ugly Cycle: 3 Reasons Why You Keep Falling For Narcissists

This is really fascinating! I can’t believe I’ve never noticed this before, even though I’ve begun to suspect that someone I’ve known my whole life has NPD. I did notice ages ago that he often make statements about people’s mental states that seem blatantly incorrect. For example, he’ll employ the catchphrase, “You’re thinking EMOTIONALLY! I’m thinking LOGICALLY!” when in fact he is the only person in the room who is acting passionate, while everyone else is just vaguely frustrated that he won’t let them explain what their viewpoints actually are. Maybe the problem is that I’m not great at detecting emotional databases in people’s voices; I only perceive that he appears to have the same range of pitch and emphasis as most people, and assume he’s speaking the same way they do.

However, this analysis also makes me worry about whether I come across inauthentically myself. I’m confident that I don’t have any Cluster B personality disorders, but I have no shortage of other things that are abnormal about me, which results in often having to use memorized scripts to get through social encounters. For me, processing my own emotions and communicating with people I don’t know extremely well are both computationally intensive tasks that are difficult to perform simultaneously. It’s like driving on a highway while doing your taxes. Even if I could do both flawlessly one after the other, doing both together without messing up at least one of them badly seems like a superpower! I know people tend to see this difference as a disability on my end; but to me it feels like living in a world where everyone has a really obscure superpower that has gained importance purely through the power of status quo. Not that being able to do everything at once is negative in any way, but it feels like it’s only seen as essential because so many people are used to it. Or maybe it doesn’t feel as disabling because I am rarely in situations where talking about emotions is relevant. When people want me to know how they feel, they volunteer the information freely; and they almost never ask to hear what I am experiencing, or act satisfied with honest answers. I don’t even have social scripts for things like anger and conflicts, so I get people claiming I’m incapable of anger! I’ve also been told I’m “always calm” right in the middle of an anxiety attack. Some days I almost envy the suspected NPD guy’s ability to control the social environment by making his viewpoint understood–whether that viewpoint happens to be real, fake, or downright ridiculous–but I’m lonely because people don’t like to hear from me, while he cycles between popularity and loneliness because he actively makes everyone around him crazy and miserable, so I would never truly want to be like him.

[…] behind their words.  It’s literally as if they’re reading from a script…or, trying to speak a foreign language to be able to communicate a message, but in a particularly emotionless […]

Great insight. He never asked me to marry him. It was just an email saying “since we are going to be together anyway, you should get on my health insurance plan”. I thought it was so thoughtful that he would think that. But looking back, that was the only thing close to a marriage proposal. And he figured out how to marry me without me being there. He had a minister friend who was with him and he called me and did it over the phone. Just kept implying that we had to do it quick so I could get insurance. Then I was on a roller coaster ride that’s going on 5 years. Wish I could go no contact but there are kids involved. But I’ve got a good lawyer, so it’s on!!!

My MIL repeats exact sentences I or my SIL used in front of her (months or sometimes years later), but you remember that you said it to them (like deja’vu) in regards to something and now they are using it. I think she thinks that is the way to get us comfortable with her, or get us to feel she is like us. She talks incessantly about movies and celebrities which is a bit weird considering her age. She plays the perfect part until she rages then the real her comes out. When my nephew was explaining the first time he saw it, he said, “I could not believe grandma would yell like that and she used the F word.” She usually talks in a church mouse voice, like the sweetest thing you ever met (even when she is trying to manipulate you, getting ready to tell lies about you to everyone that will listen).

Reblogged this on Butterfly Reborn.

Thank you for the reblog 🙂

I think can only heal the “hole” by Introspecting… and that is what they are most afraid to do!

Us, targets diff people who come and go, often dissilussioned, can lead very bad bad consequences suicide …and all, cause simply cant comprehend how your “soulmate” can just forget you.

Truth is they were always a Fake

“Foreign sounds” … Thank you!! you put it so well…

they never developed a Database real emotional base to connect with themselves….they are detached from themselves. Thats why it is so easy to “forget” things, /memories/years/ children !!! stuff that have emotional impact to us… to them are just Eh. so easy to “move on” they just werent even there”….

This also explains mystery of “trying to appear so in Looove” with new target! they might do their best in convincing Audiences “soooo in love” but there are words…. sentences

But to understand the sadism of my N, the lenghts he goes..they way he used to “communicate love me” put stuff songs, I used to for him. Now he uses same method with another one. Maybe in the Idealization phase they are really “under the impression” but their heads switches by the second !!! shaky base……

THEY are sick… not us

All so very true. My favorite was the words would come accompanied by a blank stare. Yes, Jenny, mine loved using phrases from films–and yes, he was a good actor!!

That dreaded blank stare I know all too well. Ugh ?

I love the new look of your blog. 🙂

How fabulous to hear this from this perspective! Yes, that empty emotional database that leads them to misapply so many key words and to make statements that leave the rest of us saying “huh?”

Hi there
How absolutely true…. Well written…. I swear mine used lines from films some times…. He was like a bad actor…. Once he tried to ask me never to leave him in a baby voice…. I was disgusted… It was do do false … I felt embarrassed for him!

Yes so cheesy. She would always do that to me. Lines from movies or songs. They have no shame.

Oh yes! Their emotional database is completely empty. And they can only mimic the words.. theycan never incorporate any feeling related to the words they speak.

Good one. The database  is   really  empty. They can’t  even say the word  I love you without it appearing  fake. The lack communication  skills  as well when it comes to  appreciating their love one. They act as they are so important  and smart and it’s because of them you do so well

So true! This divorce is going to be crazy! I’m in counseling now!