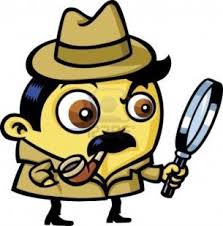 You bet your sweet bippy they do.  If they have extra money at their disposal or can get it from a family member, your privacy will become a thing of the past.

And it wouldn’t merely consist of their getting a few shots of you entering the local Target.  Following is a true story showcasing what can happen if your ex has you followed by a PI ( or alternately, if they’re tech-savvy enough to do it on their own):

Nina was married with a young son.  She told everyone in her family that she was being emotionally/financially abused, controlled, and manipulated by her husband.  After remaining consistent with her story, she took her son one day while her husband was at work and absconded to another country – one where parental kidnapping is not an issue.

No one heard from her except for the occasional plea for money to support her son.  She sent a few pictures of him in order to garner sympathy, and it became apparent that her son seemed emotionally stunted.  His face showed no affect, and everyone grew concerned for him.  He never smiled in any of the pictures she sent.

Flash forward about a year and a half.  It was discovered that Nina had sneaked into the US in order to start a case against her ex-husband to obtain child support and half of her ex’s properties and other material wealth.  It was at this time that her ex hired a Private Investigator – one who didn’t mind bending the rules a little.

Whether Nina’s stories of emotional abuse and manipulation were true, no one will ever know.  However, a lot was learned about Nina’s private life.  Spyware was downloaded on her computer and cell phone, and she was under physical surveillance during the week.

It was discovered that Nina had chosen to support herself by becoming a call girl.  Images and snapshots of her having cyber-sex with various people were relayed to her ex, as well as documentation of her having frequent male visitors to her residence.  All of her computer activity – including live chat, instant messaging, Voo Loo, Skype, emails, etc. –  began circulating between the PI and members of the ex-husband’s family.  Large deposits were made to her bank account.  Voice mails left on her cell phone made it clear she was seeing multiple men at the same time.

As incriminating as this evidence was, it was only circumstantial.  However, Nina’s stories of being a victim became less credible, and it was further discovered that she was neglecting her son.  She lost him twice while gabbing with neighbors.  Her son was found wandering the city both times.  Additionally, she often left her apartment and locked her son in his bedroom so she could go about her business, which included late-night jaunts to night clubs.

At the age of four, her son wasn’t talking.  It became clear to all involved that she wasn’t getting him the medical attention he so desperately needed, instead choosing to spend whatever money she had on Botox and fillers, gym memberships, and going out. This information was extracted from emails to her friends.

Using the incriminating evidence regarding Nina’s neglect of her son, her ex staged his own kidnapping, and successfully got his son to another country.  All with the help of the PI, thus eliminating her ability to use her son as a meal ticket.

The last anyone heard, Nina was rubbing elbows with drug dealers as a source of income…

**While this particular story took an ironic twist, it gives you a clear idea of what is possible if your ex or current partner hires a Private Investigator or is capable of planting spyware themselves. It’s also a great example of the typical female narcissist.

8 REAL Phrases That Shut Down and Repel Narcissists

Ooooh, WHEW! Thank you so much!

Oh dear…I just received an email from (I hope) your blog. The subject line says “Dear Kim – Do Narcissists Use Private Investigators?” but now I’m here in your blog and haven’t been able to find a blog with this title or subject matter. I think I should have checked before I clicked the link it contained which sent me here. I just googled ” Dear Kim – Do Narcissists Use Private Investigators?”, and there is a result, but it does not say anything close to what this suspect email says. I will keep the email. I hope you reply and help me determine the veracity. If it was a ploy by my ex I will most definitely file a report with the police.

Hi Sandy, if you clicked on the blue link in the newsletter, it takes you directly to the blog article. I did include that specific educational information in the newsletter, so you should be okay as far as the newsletter goes, but if you suspect you’re being monitored, you may want to consider the steps listed within.

I did, and it did, but they don’t say the same thing like they usually do! Does this look familiar?

“Do you ever get the feeling you’re being monitored?

If so, don’t be so quick to believe you’re being paranoid or over-reactive. Spyware is ever-changing, and it can be used to monitor your private conversations, phone calls, emails,…

Mine went through my mail, my wallet, hacked into my voice mail, asked co-workers about me, found and read my journal, came to my apartment late at night and screamed outside the window. He would have been the type to hire a P.I., I will never know. Whew!

Beth, it truly seems that we may have been involved with the same guy, LOL!

Mine did all of the same. exact. things. Including an archaeological dig through my purse and wallet as I underwent surgery…in front of my mother.

He also had a habit of digging through the trash to find out what I’d “been up to”. Lord have mercy if he came across a pair of pantyhose with a hole in them (I used to work in banking) or an empty wine bottle. You can imagine the smear campaigns…

Mine found my journals and wrote some of his own trivial riff raff in them. Oh, and he hired a PI. They installed spyware on my cell phone and the whole nine…

Oh well. At least I have concise material to help others who are going through the same things…

They definitely do and make sure they’re not spying on you via cyber means. I also had accounts accessed. Theyll do anythong to make you look bad taking the focus off them.

That’s right, Jayne, they will. I lost count of the number of times I had to change my cell phone number and do a factory reset on my phone. I now have four methods of protection on my phone, and honestly am still not sure if it’s enough.

To present the other side for some balance, my sister and my mother (both Narcs) have told my brother-in-law and dad respectively that they had sent PIs after them (years after the fact). They keep insisting that their husbands are having affairs. While I am not 100% sure, some of the so-called “intel” was shoddy as (e.g. he saw you at this place but then he lost you), leaving me and a lot of other people to believe that it was another one of their manufactured realities, being master manipulators and liars. So while I believe some Narcs do engage PIs, others just like to make you think that they do to keep you edgy and on your toes. Just my two cents worth 🙂

Ya ya ya, I went back and changed ALL of my security settings (default is public), dumped all of the accounts to things that publicly track things I like or view (pinterest, tumblr etc.)…hardly ever comment or “like” anything anymore and changed the name I use when commenting on sites like this. Most likely there is surveillance of some form or another, indicated by catching him driving by my house twice in the same evening.
At first, it made me feel powerless, like there was nothing I could do to make him leave me alone. But then I realized that, that was the EXACT POINT – to let me know that there was no escape. After researching harassment laws in my state and realizing that I had a case, along with reading Gavin DeBecker’s Gift of Fear (thanks to websites like this and others)…I realized what category (dangerous or not) the Narc fit into and concluded that it was harassment plain and simple, and while I didn’t like it (still don’t), he is not the sort to inflict bodily harm and that with the appropriate amount of NC (forever!), he will ultimately disappear/get distracted by a new victim and that I will ultimately stop caring. Now it’s nothing more than an annoyance…and all that after only 5 months or so. So you can do it too.
But man, what an A-hole!