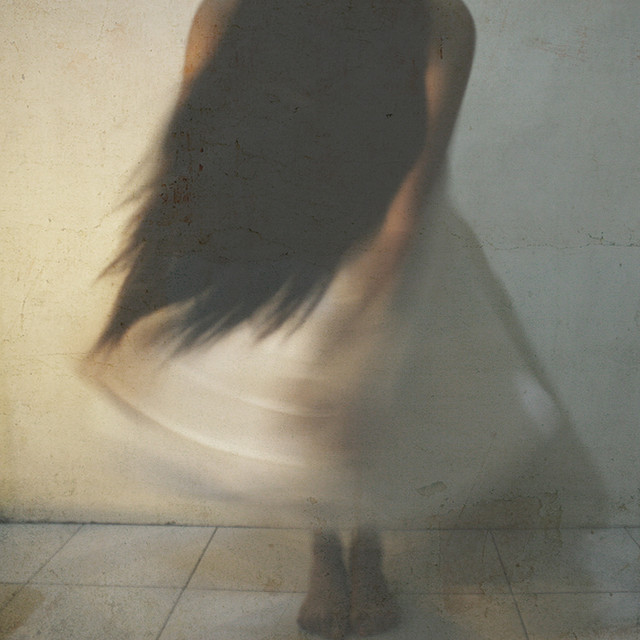 Three months ago, Barbara learned about the Law of Attraction and how thoughts create reality.  She’d tested the principles she’d read in the book, and so far each of her experiments had proven those theories correct.  First, the new job, then the turquoise sandals that were sold out everywhere, and now, she was seven weeks pregnant.  Gabe needed a sibling, and her visualizations and thought frequencies had manifested her pregnancy.  Her husband may have contributed to that, but it was next to impossible, considering they’d only had sex once in the last few months.

Things hadn’t been the same between her and Jerry since she’d discovered the affair.  She’d considered moving out, but that would have torn Gabe’s world apart.  Better to wait until he was older, after the tender phase of early development had passed.  Aside from that, she depended on Jerry for money and housing.  Until now.  With the new job lined up, she could move out and take Gabe with her.  But, how would the split affect Gabe?  A smile crossed her face as she recalled that the Law of Attraction is the law of creation.  The entire Universe manifested from thought.  That night, she barely slept.

The next morning, Barbara grabbed a clean bra and panties and headed for the shower.  Before going in, she closed her eyes and imagined the bathroom with only her things inside.  She meditated on that image until she felt in her heart that it was absolutely true.  Once her intuition gave her the go-ahead, she went into the bathroom.  Her heart leapt as she  looked around the room; familiar, but with a decidedly more feminine quality.  Her makeup and beauty creams were all there.  Her rose bath towel dangled from the hook.  The Glade plug-in still hung on the wall.  Not a single man’s toiletry could be seen.  She whipped open the medicine cabinet; her medications and Mary Kay stood alone.  She yanked open the vanity door under the sink.  Maxi pads,  hair dryer, and Venus razors.  She felt incredibly powerful in that moment.  She finished her shower and joined Jerry in the kitchen.

As Jerry finished his breakfast and slipped on his overcoat, Barbara gave him a goodbye hug.  On this particular morning, it held a special meaning.  She gazed briefly into his eyes as she recalled their wedding day.  The person she’d married no longer existed.  Now, he was just a man who had destroyed their bond and their marriage.  She felt a pang of remorse, but Gabe was her ultimate concern now.  Mothers do what’s necessary for their children.

As Jerry pulled out of the driveway, Barbara lay on the sofa and became perfectly still.  She imagined herself as a human transmission tower, sending out thoughts to the Universe.  She visualized Gabe in his playroom while she prepared the nursery for the baby.  She pictured the bedroom closet with only her clothes hanging on the rod.  She envisioned family dinners with her and her two children in attendance.  Excitement coursed through her limbs as she “felt” her circumstances during the Creative Process.

She envisioned herself over the past seventeen years as single.  She summoned up images of Christmases past, with her name scrawled on gift tags on the presents under the tree.  She imagined herself in the maternity ward and how the nurses had weaved in and out of her hospital room during the days after Gabe’s birth.  She pictured his birth certificate with her name alone typed in the “Parents” field.

Barbara opened her eyes and sat erect.  She eased off of the sofa and crept across the living room toward the hallway where the storeroom was located.  Her breath caught in her throat as she noticed that the dent in the door was gone.  Jerry had once slid in the hallway in his sock feet and crashed into the door before righting himself.  She closed her delicate hand around the doorknob.  As she did, her eyes rested on her ring finger.  It was bare.

She opened the storeroom door and switched on the single bare bulb.  In the far corner, where the Kirby vacuum used to be, was empty space.  Jerry had given it to her for their sixth anniversary.  As her eyes adjusted to the blinding light of the bulb, she realized with disturbing clarity that the storeroom was mostly bare.  Everything Jerry had given her over the years was gone.  He’d been the one working and therefore, the one who bought all of their household necessities.

Spots danced across her field of vision as Barbara turned and headed toward the staircase.

“Gabe, where are you, sweetheart?  Come to Mommy”.

The house was eerily silent.  A knot of dread formed in her stomach as she ascended the stairs.  No clatter-clang from the train set.  No Elmo singing a ditty to Dorothy the goldfish.  Barbara’s legs were as sturdy as Jell-O as she moved toward the door leading into Gabe’s bedroom.

The room was deserted, illuminated only by the sun’s dim light.  Barbara knew in her heart the grave error she’d made.  Gabe had been a creation of her and Jerry.  If Jerry didn’t exist, there couldn’t be any offspring.  The truth paralyzed her, petrified her as surely as the passage of time petrified wood into stone.  As grief engulfed her, she acknowledged that she was no longer pregnant.

Everything You Know About Setting Boundaries with Narcissists Is (Probably) Wrong

Euphoric Recall: How it Makes You Crave the Narcissist

As a Law of Attraction coach I found this piece to be so wonderful. Of course, it isn’t exactly how LOA works, but it has some truths in it.

We are absolutely the creation of our past experiences and sometimes the things (and people, like Gabe) that we love the most arise from experiences that people would tend to label “bad.” I love that about this piece, because without belaboring the point, it shows us that we must move forward and focus on the future and not merely try to erase the past.

We certainly can use the Law of Attraction to achieve what we want in life–or, as in this example, to attract what we do not want. That is why it is so important that we listen to our hearts so we know what we truly want.

[…] Raya presents The (F)law of Attraction posted at Let Me Reach With Kim Saeed, saying, “A flash-fiction work that illustrates what […]

Shew – awesome awesome…this means so much to me right now for some obscure reason…pierced right through me. Thanks for these words. Such a refreshing writing style too 😀

Wow, thanks! That means a lot coming from you 🙂 I’m glad it held meaning for you. I’m getting my creativity back in bits and pieces…

After I finish my non-fiction book, I’m going back to my true love, fiction 🙂

Wow, what a twist!

I did not see that coming! Good writing!

Thanks! I have some fictional manuscripts that I laid aside to work on my blog / help victims of Narc abuse…Once I publish my book, I’m going back to fiction 🙂

That’s great! So much to do, so little time, it’s always the way. I appreciate what you’re doing here.

Thanks! I have some things stockpiled away that I hope to post in the near future…Writing fiction has always been my dream 🙂

The beauty of the Internet Reformation and blogging is that there is nothing stopping you. Witness Serendipty’s work.

Be careful what you wish for! Nicely paced, with a great twist at the end.

Thanks, Steve! Can’t participate in NaNoWriMo this year, so I’ve joined NaBloPoMo…putting a few pieces of my fiction out there this month.

Glad you liked it 🙂

I’m more familiar with your non-fiction posts, but I certainly enjoyed this.